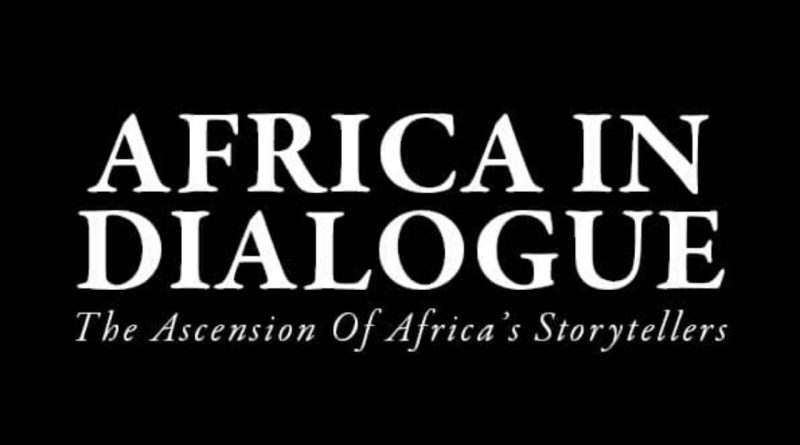 These are the people behind Africa in Dialogue, who work full time behind the scenes to make the voices of Africa flourish.

Gaamangwe Joy Mogami is a poet, filmmaker and interviewer from Gaborone, Botswana. Her work has been published in various African and International magazines. She is the Founding Editor of Africa in Dialogue. 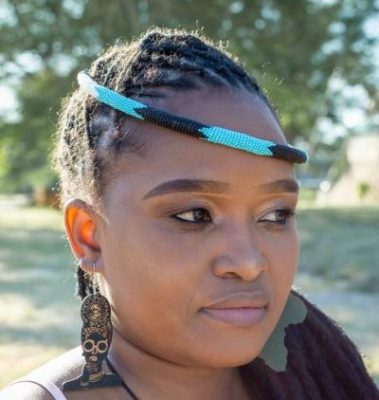 Nkateko Masinga is an award-winning South African poet and 2019 Fellow of the Ebedi International Writers Residency. She was nominated for a Pushcart Prize in 2018 and her work has received support from Pro Helvetia Johannesburg and the Swiss Arts Council. In 2019, she won the Brittle Paper Anniversary Award. Nkateko is an interviewer and director of the Internship Program at Africa In Dialogue, as well as the founder and managing director of NSUKU Publishing Consultancy. She is the author of a digital chapbook titled THE HEART IS A CAGED ANIMAL, published by Praxis Magazine. Her latest work has been selected by the African Poetry Book Fund and Akashic Books for the 2020 New Generation African Poets chapbook box set. 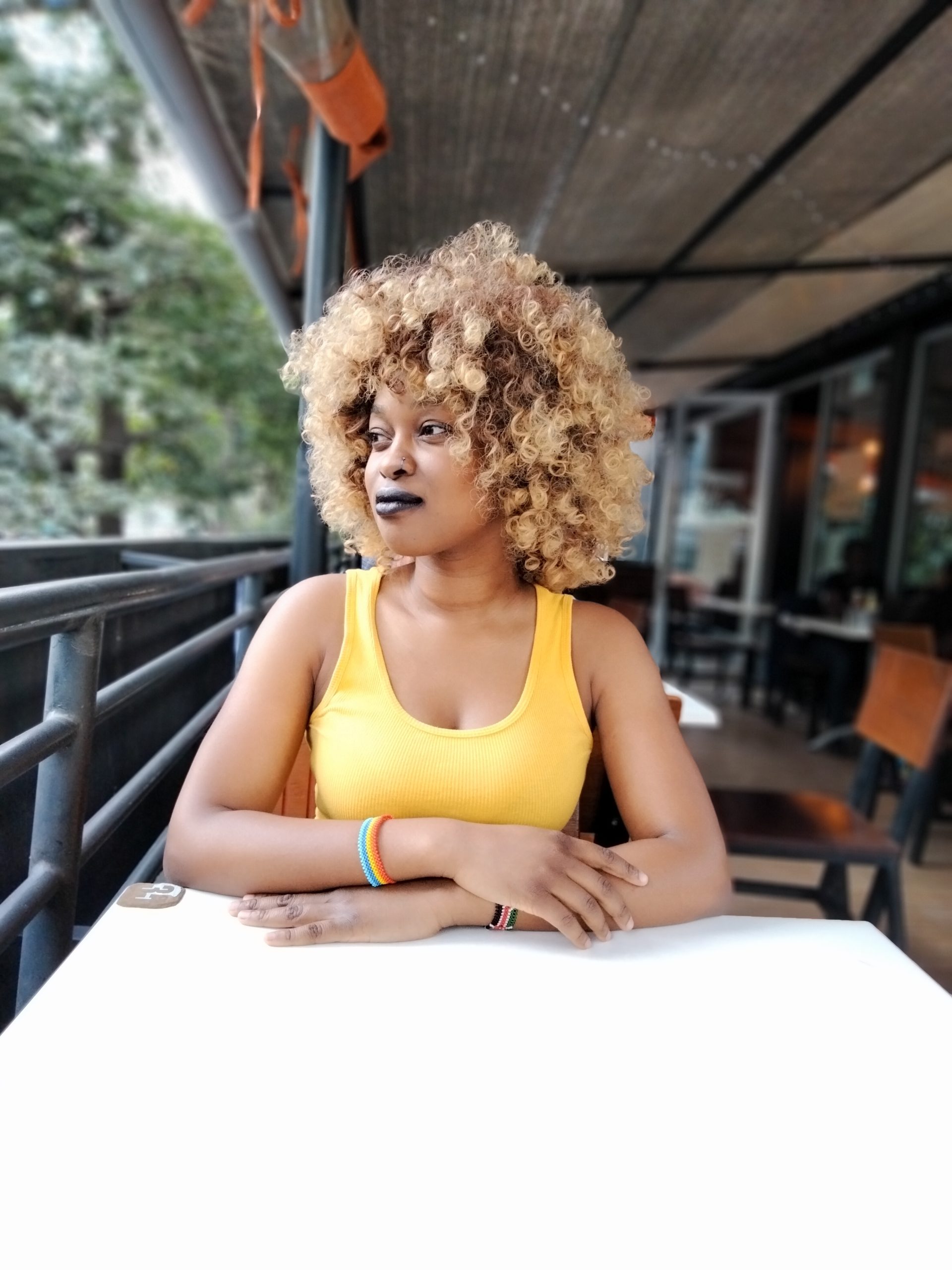 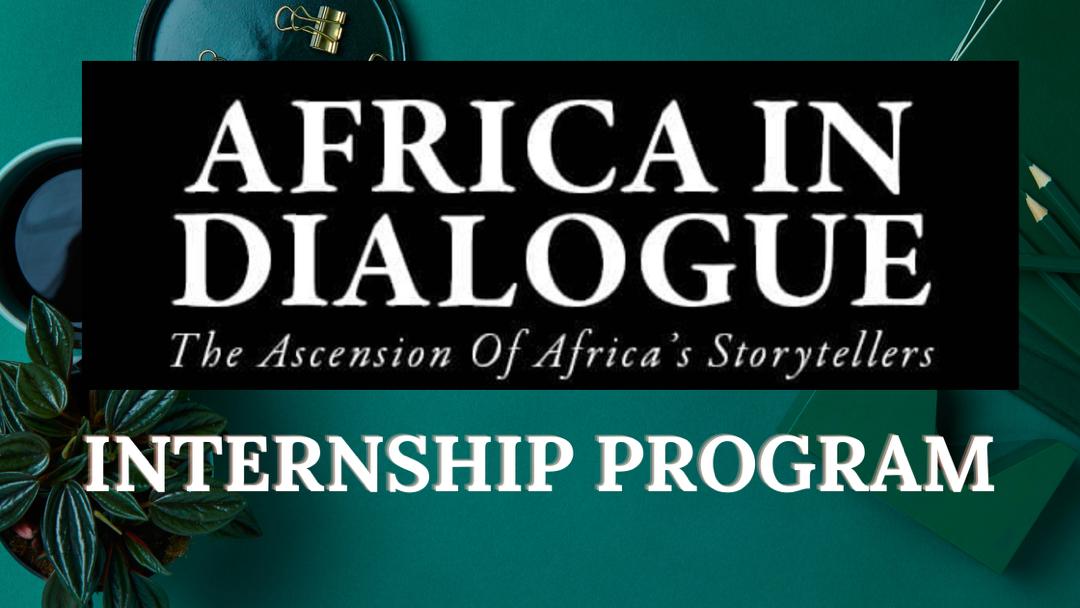 Elijah Bwojji is the beloved son to his mother and father, a storyteller and an avid consumer of literature. He is a member of The Lantern Meet of Poets, producer of theater productions and audio-visual productions. He cofounded ibuajournal.com, an online publishing outfit in Kampala Uganda. He moderates A Poetry Meet, which is a space poets and poetry lovers come every fortnight to read and critique poems they have written. When he is not thinking about why leaves fall off trees to die, he freezes motion to tell stories in snapshot moments using photography. 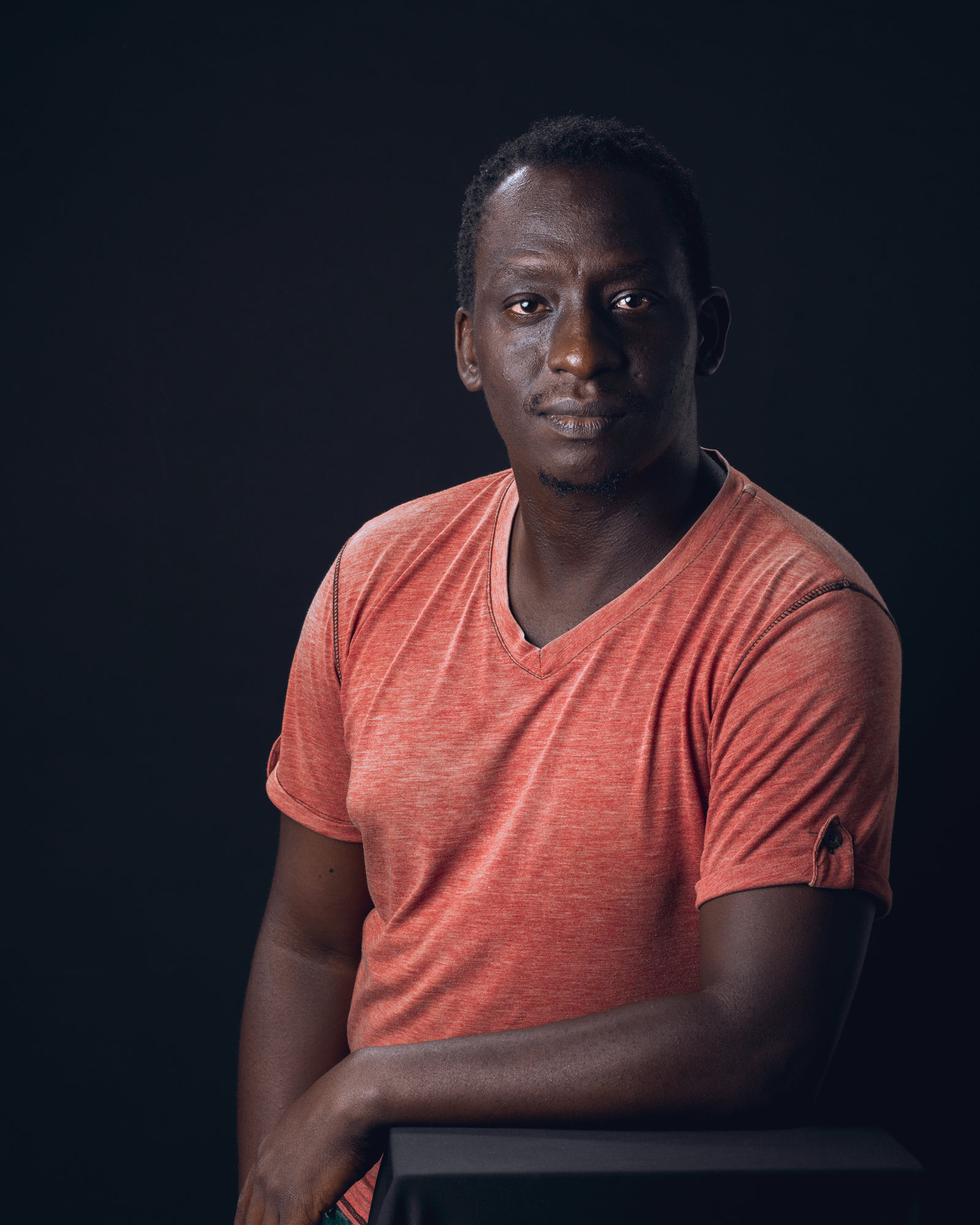 Tumi Riet is a Theatremaker and currently a BA (Honours) in Drama and Theatre Studies and English Literature student. She is a multipurposed creative with an acute skill in devising and making performance theatre. Her passion lies in various forms of storytelling and expression. Performance, writing, poetry and the visual arts are some of the ways she uses to reach and understand herself and the society she inhabits. She's co-devised a theatre production, Holy Fail(2021); directored, devised and performed her first one-woman show, Light (2021). Her approach to creation is centred in interrogation of self, the realities around and beyond her. This is always a golden thread visible in her artistic produce. 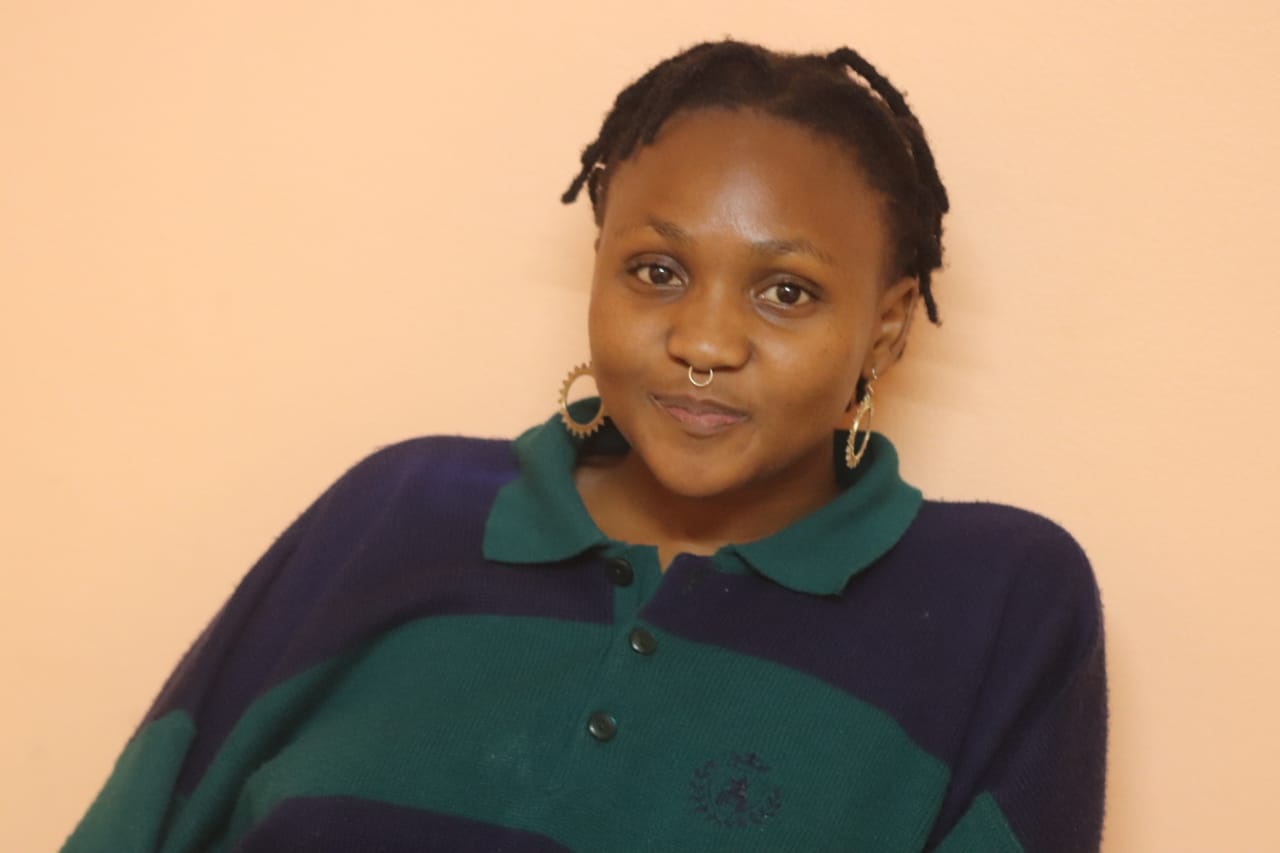 Akona Metu is a University of Cape Town alumna, having majored in Creative Writing & African Literature and Politics. She has a published poetry book called ‘The Gift of a Thousand Words.’ Her poetry was included in the poetry anthology titled: ‘The Ground’s Ear.’ She is also a contributing writer of Trailblasian: Black Women Living in East Asia. When she is not moonlighting as a full time mom, she can be found running around doing client orders for her personal care business or creating some prose and poetry for her current writing project. 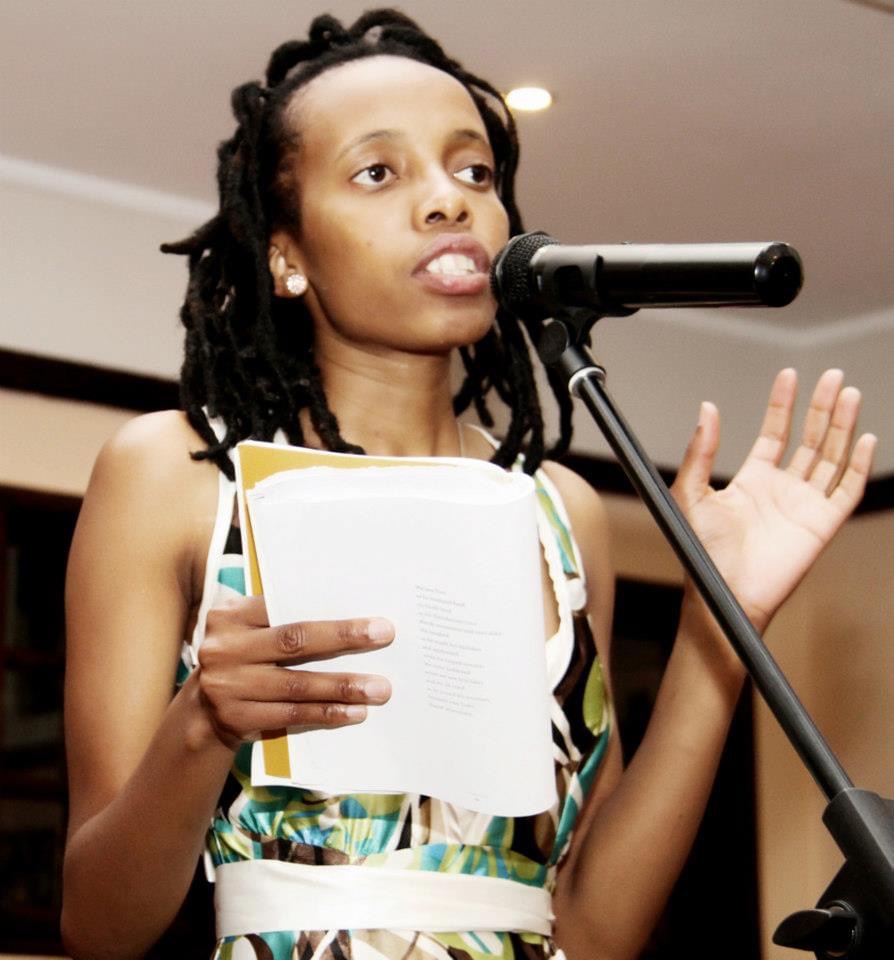 Ìdòwú O̩dẹ́yẹmí is a poet and essayist and has published works in Brittle Paper, Icefloepress, The Nation, and many others. A few notable awards that Idowu have received are the Ekiti State Prize for Literature, Merak Magazine (Liverpool, UK) Recognition Award. He was shortlisted for the Nigerian Students Poetry Prize in 2018. His works underscore how existentialism can offer a joint critique of the persistence of social issues such as sexism, racism, expansionism, and classism. His current research centers on social theory, existentialism, and the philosophy of race; as such, he is conceptualizing "soft decolonization" as against its traditional radical form and how African and Black existentialism poses liberation from the arms of neocolonialism and institutionalized racism. 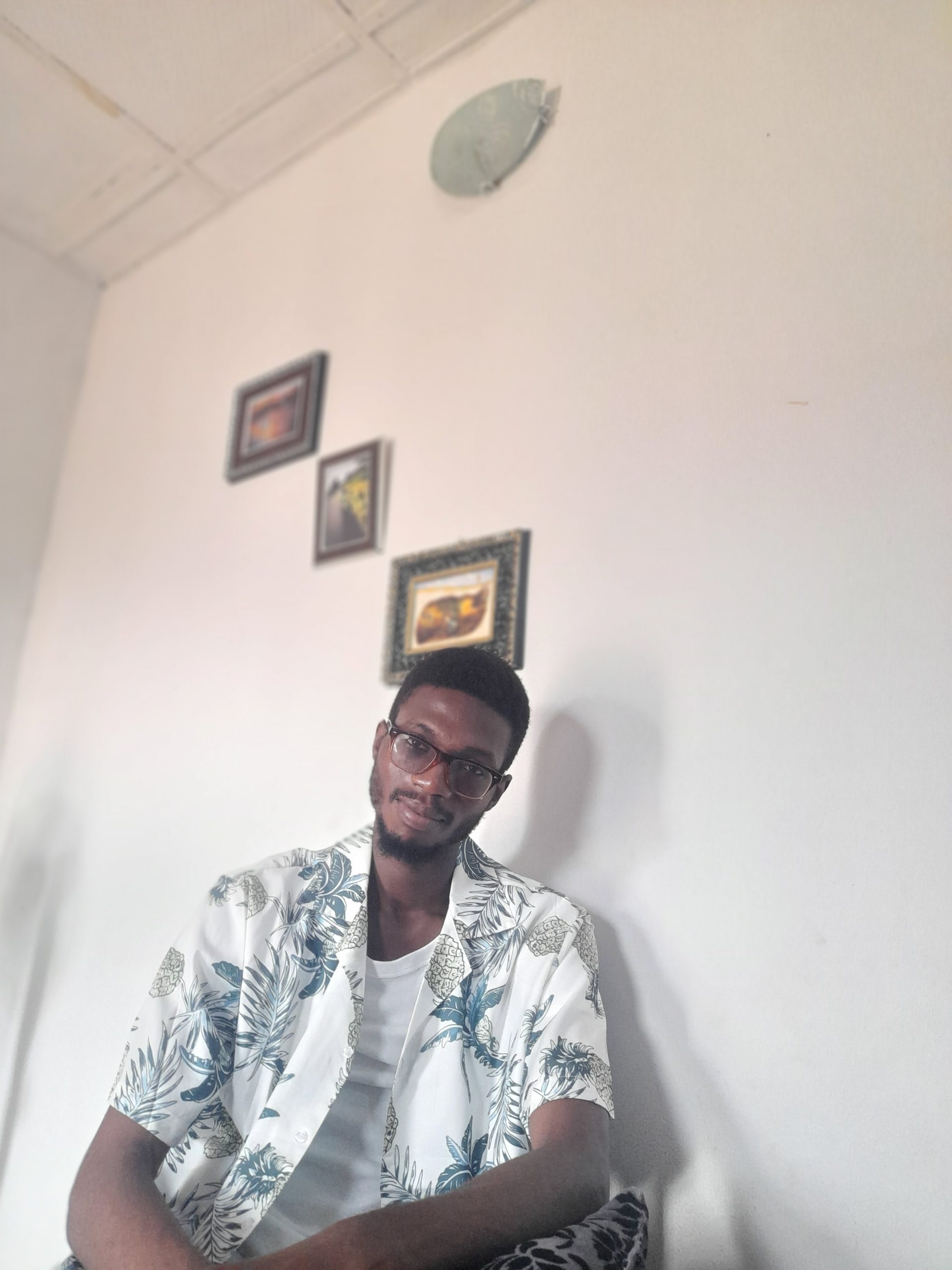 Wanjiku is an International Relations student in Nairobi and the co-founder of Read With Us (@rea.dwithus) an online community where they read in community. She uses fiction as a method of escaping her current reality and learning about the world’s past histories. She plans on studying a Masters degree in literature with a strong focus on African post-colonial literature. 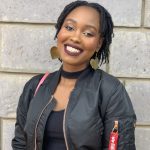 Uchenna Emelife is a literary curator, an arts administrator, and a bookseller. He is the co-founder and creative director of Book O'Clock, a literary platform in Sokoto that hosts a literary blog, book clubs and a bookstore. In 2021, he co-curated the first Book and Arts Festival in Sokoto and was nominated as Mediapreneur of the Year in the Founder of the Year Awards. He currently serves as the bookstore manager of Maple Jali Bookstore Canada; State Coordinator, Praxis Hangout; PR Officer, Greenline Nurture Initiative; Content Writer / Social Media Manager, TEDxArkilla, Publicist, Echezonachukwu Nduka; and Editorial Intern, Isele Magazine. 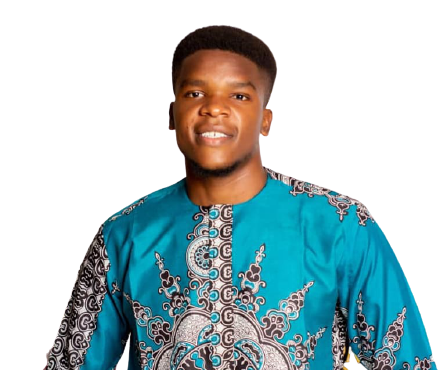 Tealee A. Brown is passionate about the growth and success of Africa's literary and creative scene. Hence, she is enthusiastic about contributing to our cause at Africa in Dialogue. Currently, Tealee is a 3rd-year student of Global Challenges at the African Leadership University, where she explores African communities and the issues they face bearing the goal of creating and contributing to sustainable solutions that solve them. Tealee is particularly concerned with the role of the creative economy in the development of African economies and lives. She believes that with the right amount of investment made, creative industries can contribute significantly to driving socio-economic development on the continent. 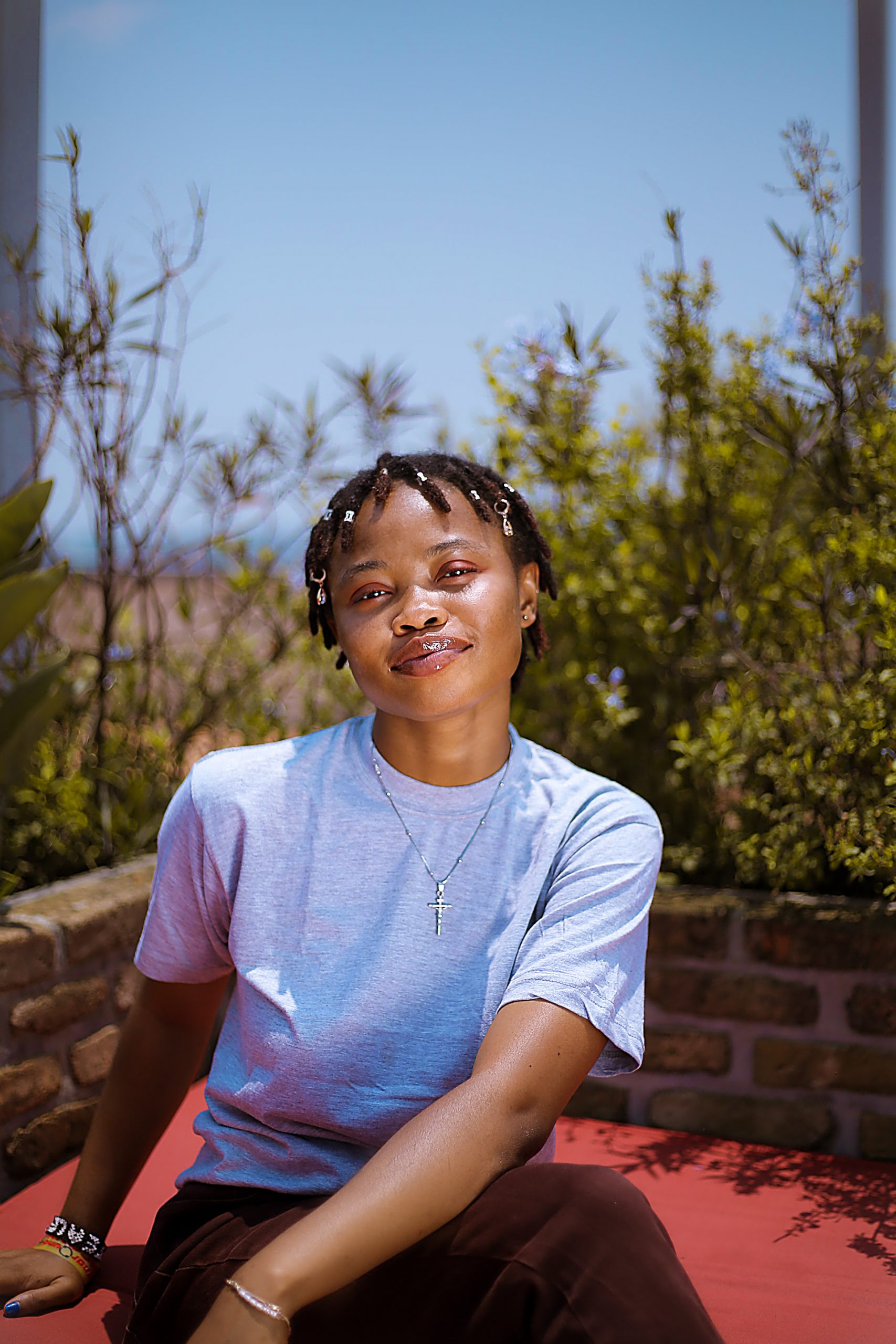 Zenas Ubere is a Nigerian writer. A Pushcart Prize nominee, he has works in Lolwe, Barren Magazine, Agbowó, Gordon Square Review, The Voyage Journal, and elsewhere. He is the coordinator of Lolwe Classes, and he tweets @zenasubere. 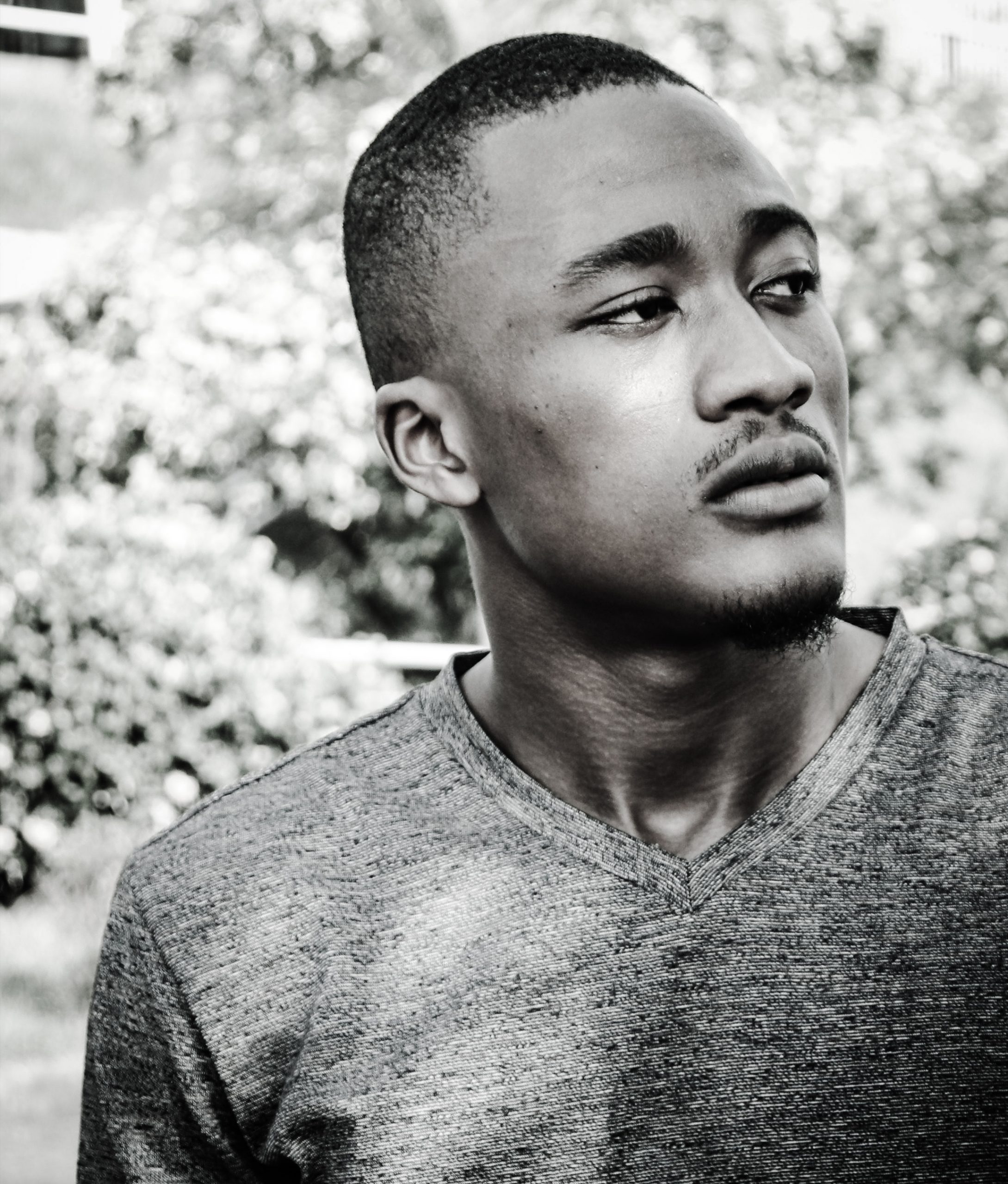 Lungelo Dlamini is a Swazi blogger and freelance content writer. She holds a Masters degree in Communications and Media Studies and a honours degree in African Literature. She has worked as a part-time media lecturer at the University of Eswatini. In 2018 she started a blog called Swazi Innerviews Online with the aim of sharing stories about Swazi women to inspire readers. She can usually be found on social media checking out African influencers and content creators. Also a lover of film-making and performance arts, she has dabbled in TV producing and acting. She lives in Mbabane with her mother and three cats. 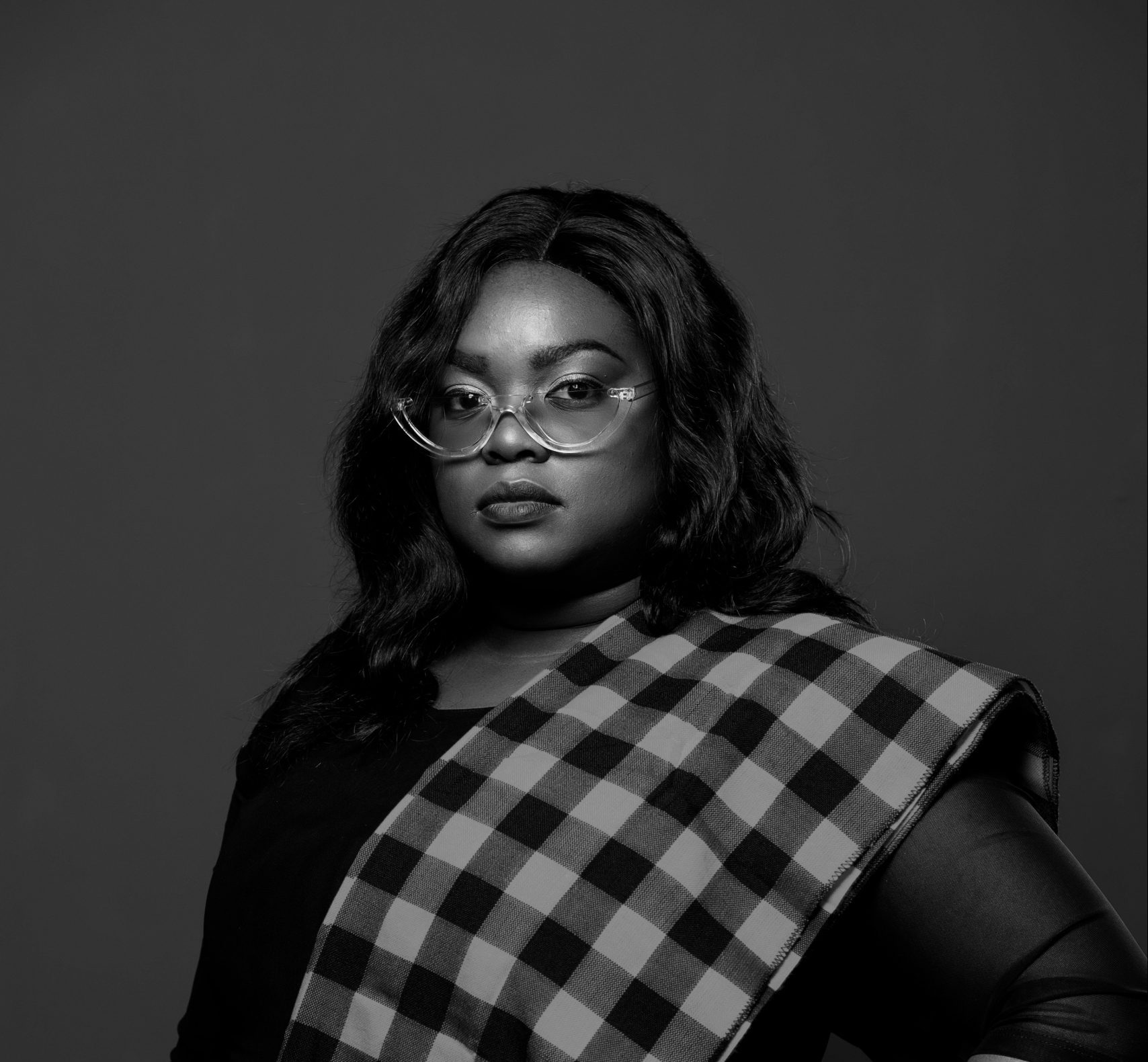 Wanjiru is a feminist and literature enthusiast. She believes that literature is irreplaceable because it connects and comforts people. It teaches us perseverance, courage, empathy and introspection. Wanjiru hopes to make the posts informative, engaging and enlightening because getting the stories of African storytellers out there will make people, especially Africans, feel seen. She believes that diversity and inclusion is key, as more people see themselves in the stories and feel valued and understood. Wanjiru is currently studying Computer Science at the ALU Rwanda Campus and is in her third year. 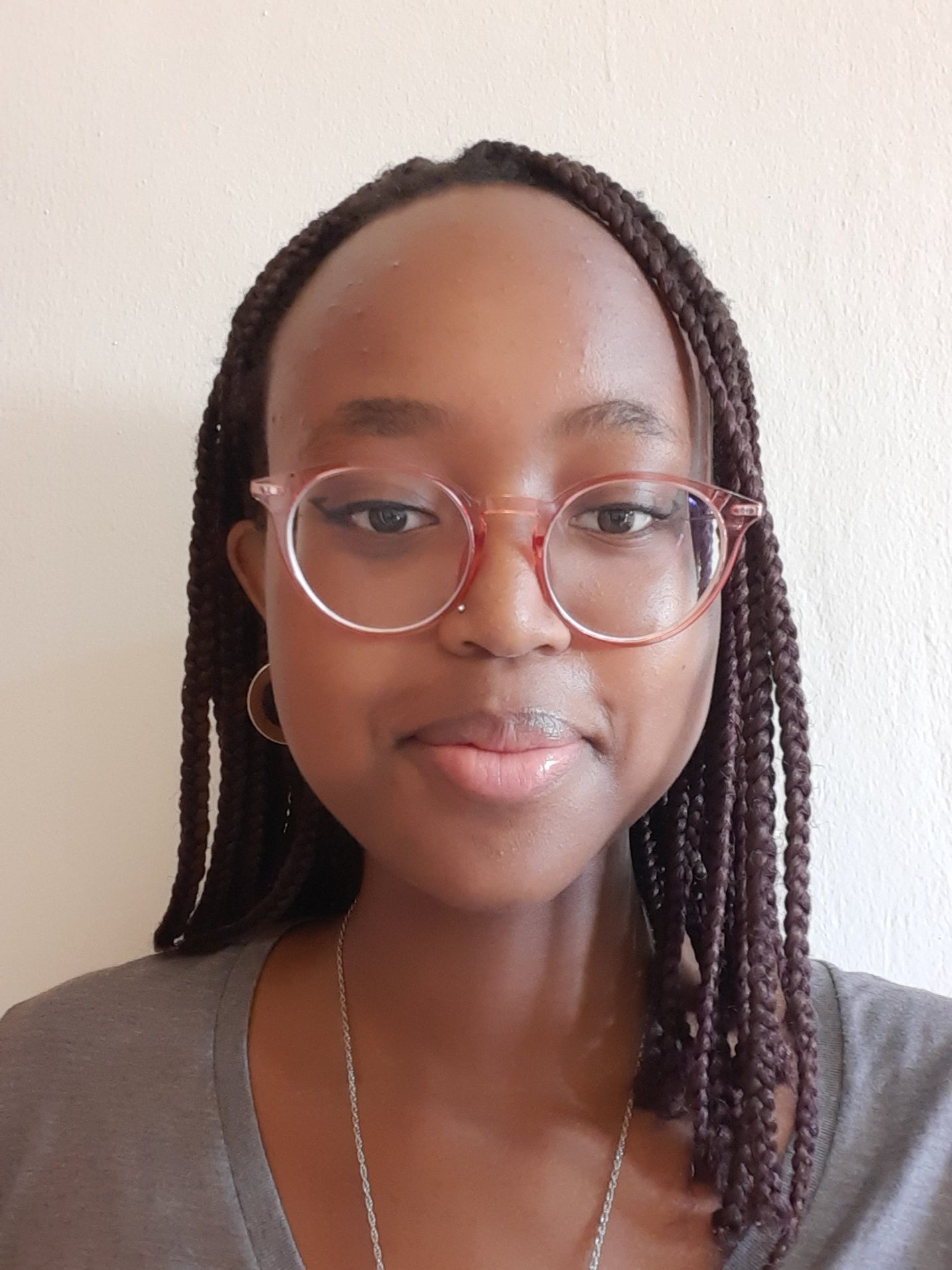 Africa in Dialogue would not be possible without the influence and contribution of Mutsa Diana Shiripinda, a warrior who has since joined the ancestral realm.

Mutsa Diana Shiripinda was a 20-something Zimbabwean spoken word poet and broadcast graduate. Born in Harare and raised in Gaborone, Botswana; Mutsa was the first person ever interviewed by Africa in Dialogue’s founding editor. She was the visual director of Africa in Dialogue’s first issue.

We continue the work in her honor. Read her work at www.kadzidistrict.wordpess.com 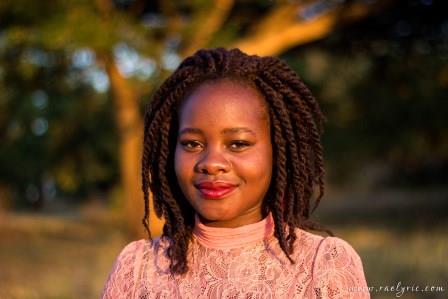