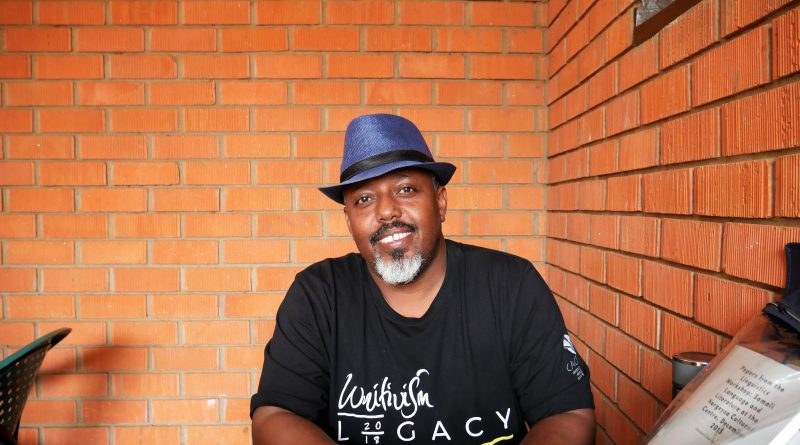 Dr. Jama Musse Jama is an Ethno-Mathematician and author known for his notable work on traditional Somali board games and other African indigenous knowledge to improve education and development in Africa. He is the founder of the Redsea Cultural Foundation, the organisation behind the Hargeysa International Book Fair, which has become one of the most important literary gatherings and book celebrations in East Africa. He is also the Managing Director for the Hargeysa Cultural Centre in Somaliland. 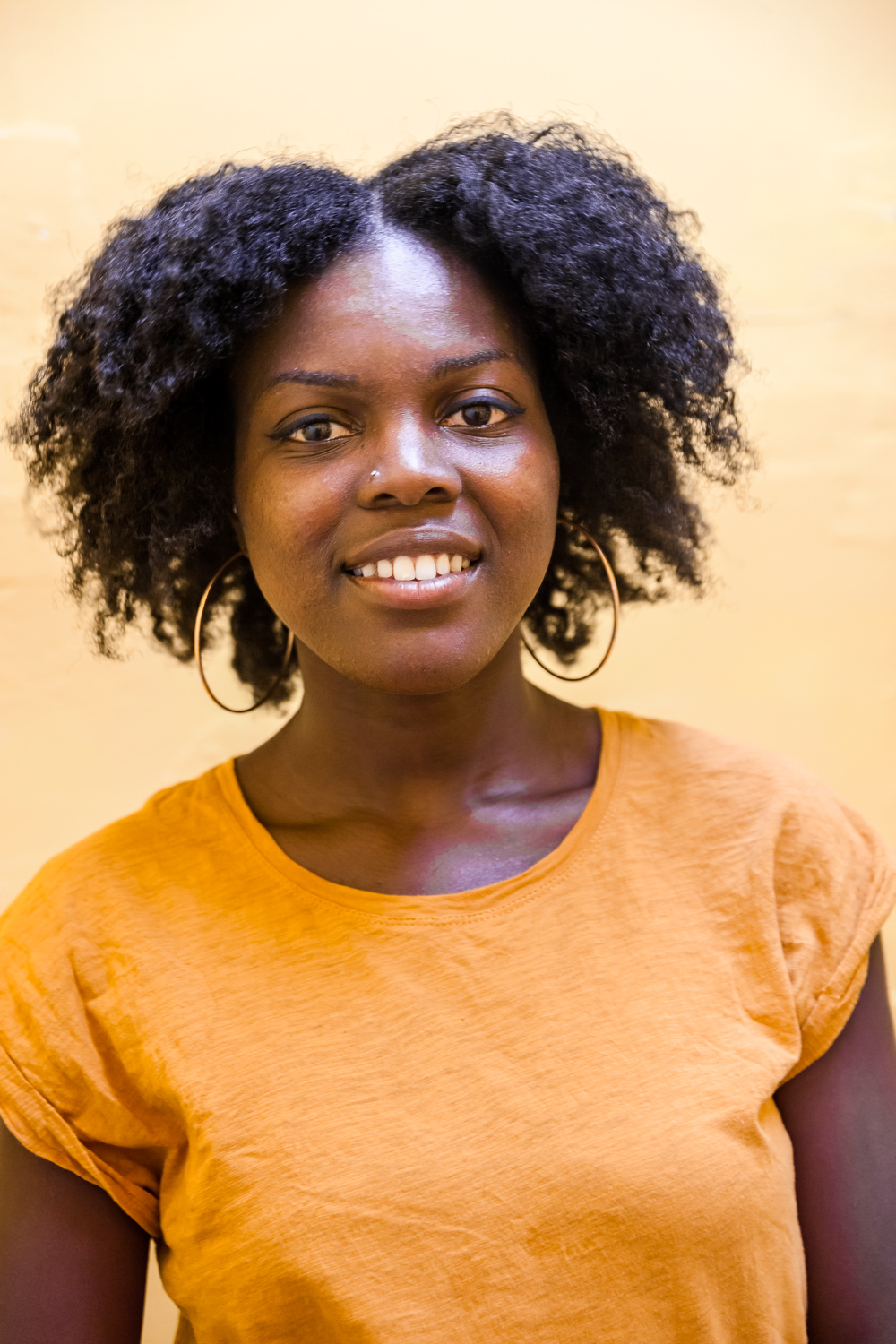 I had the pleasure to speak with Dr. Jama in the margins of the Writivism Festival 2018 to discuss all things related to heritage, community and using art and culture as a tool for positive change.

Anike: Your background lies in Mathematics with a focus on traditional Somali board games. From your experiences, what would you say are the main challenges with regards to preserving aspects of Somali history and culture?

Dr Jama: What worries me is not what we know that we are losing but what we do not know that we are losing. This has motivated me to study and find ways of preserving Somali culture. The key thing is to start from the local, not from the global as is currently taking place. A great deal of indigenous knowledge and cultural production is lost or being lost due to the global ‘big brother’ approach to preserving history which can overshadow local practices. With the case of Mathematics as a tool to teach, I always asked myself why are we using examples that have nothing to do with our culture to teach this subject? A clear example of this can be seen in books that teach probability, the typical example is a game of dice or cards. For an African child who may not be aware of such a game, why can we not turn to traditional games from the continent and use them as a tool to teach the same Mathematics that is taught globally using local elements from the past. A great deal of knowledge production from Somali culture has been lost, for example with regards to weather forecasting, astrology and astronomy. My worries about losing key knowledge from the past which we are not aware of is also what motivates me to invest in spaces that revive and celebrate arts and culture from Somali heritage.

Anike: You touched on the risk of losing what we do not know. Bearing this is mind, in what ways can we facilitate an engagement and preservation of the past that is meaningful for local communities in a way that resonates with them rather than an approach where people are told what aspects of their past they should retain?

“A great deal of indigenous knowledge and cultural production is lost or being lost due to the global ‘big brother’ approach to preserving history which can overshadow local practices.“

Dr Jama: The first thing to do is to avoid using the word ‘preserve’ because it invokes the idea of taking elements of the past and simply placing them in the museum and essentially killing them. So, avoid that word. In the work of the Hargeysa Book Fair we have tried, and in some cases succeeded, in introducing and discussing traditional cultural practices such as board games to schools, in a way that people today can use them. For me, with regards to deciding what to engage with in terms of our knowledge production and culture, we cannot say that at every cost we have to live an old way of life that may not fit the 21st century world.

Anike: Do you see this approach of engaging with the past as providing a space that facilitates a continuation and adaptation of cultural practices rather than leaving elements of the past unchanged and placing them in a box simply to be looked at?

Dr. Jama: Yes. I agree that we have to use what the modern world offers us in our own way, by putting in our elements and using our culture and heritage as a basis in this process. We have to give life to traditional practices by utilising tools such as poetry and philosophy, which can be used to aid this process, rather than seek to retain elements of the past by placing them in museums, however beautiful they may be.

Anike: A big part of your work is focused on investing and celebrating Somali heritage and culture, despite being based outside of the continent for many years. Did you ever experience the feelings of being ‘out of touch’ to a place which you consider as home?

Dr. Jama: Honestly, I would say no. Although, I spent thirty years of my life in Europe, I never considered myself as part of the diaspora. I left Somaliland (then Somali Democratic Republic – SDR), when I was already formed as an adult, I knew what I was doing in my life and what I wanted to do. I left SDR, against my will as there were problems in the country, and I considered myself lucky enough to leave as the civil unrest increased. It resulted in my home city being destroyed and losing some of my family members. I left with a huge feeling of sadness. Whilst based in Europe, I never forgot where I was coming from, I always remained connected and came back to Somaliland whenever possible. Despite having opportunities to permanently leave Somaliland, I never left. In the years of studying, carrying out my PhD and even teaching, I was always around and coming back as much as I could.

Whilst based in Europe, in terms of how Somali people were represented to the rest of the world, I always felt that the emphasis was always on the negative, be it Al Shabab or piracy, poverty and war. It was important for me to showcase other positive figures from Somali community to change the narrative. My willingness to do this has also helped build relations with communities in Somaliland, locals do not consider me as an outsider. I usually do not participate in Diaspora conferences or other similar settings. I am pretty sure that some people do not even know that I left the country for thirty years due to the strong connections I have maintained, coming back to organise events and working with schools. From my experiences, I think that Africans based outside the continent should engage in a degree of self-critique and ask themselves if they are really showing the interests of locals in the communities that they want to help or the interests of others elsewhere.

Anike: Touching on the importance of building a space for art and culture, the Hargeysa International Book Fair is your way of addressing this. It is an initiative that began in 2008, looking back at the process of creating and launching this project, did you experience resistance in communities?

Dr. Jama: Luckily, there was no resistance. However, there were other forms of resistance, many people saw my idea and they thought “this man is mad, he is talking about books and art when people are dying of hunger.” I found this to be a bit of a challenge initially. I was not expecting to get money locally to support the book fair as there were other pressing issues for people. When I approached the international community, there was also resistance and confusion as to why I wanted to launch a book fair in a devastated country. But in my view, it was the right time to talk about art and culture despite the need for water, shelter and food. People were also dying because they did not read. There were many young people that were being left alone whilst their parents went to work or ventured to get food for them. It was important to create a space for people to express themselves and learn about art and culture to avoid creating a vacuum that could nurture grounds for extremism in many forms. I consider the use of the book as a tool to transform a society in the long-term. The book fair promotes the revival of Somali culture from music, dancing, painting, theatre as well as oral poetry, it is a space that aids dialogue among communities. Ten years later, Hargeysa book fair is now an established platform that many Somalilanders identify with.

Anike: Part of the book fair involves featuring guest countries from across the continent, such as Rwanda, Ghana and Nigeria. Can you explain the idea behind this?

Dr. Jama: One thing that I have noticed is that Somali people forget that they are in Africa. They are more connected to the Gulf countries as we are close to them in terms of location, religion and language. They also know much more about the West; the streets of Paris are well known as well as the history of the Presidents of the United States, if not the First Lady’s, and other details like this. However, when you ask about Kenya, or even Addis Ababa which is the closest capital to us, they might not know anything. The reason for the focus on guest countries from the continent in the book fair is to allow Somalilanders to know their continent. Unfortunately, in this connectivity of the world where we have everything moving easily except the human being, our young people cannot travel and learn from the world. Having an African guest country featured in the book fair allows the world to come to Somaliland. It also acts as a reminder to Somalilanders that we are Africans, first of all, and we have to know more about our continent. Connecting Africans through literature, thinking, philosophy, knowledge production helps to instil the belief that we are part of a wider Pan-African community. It is a way to open the window for young people to the world, but that first window should be African.

Anike: One final question, can you already reveal the theme and guest country for next year’s book fair?

Dr Jama: Yes. But I will not reveal it just yet!

Anike’s interest in African history, storytelling and mental health resulted in the creation of Òrò Àníké, a history project, which seeks to connect past and present by drawing attention to cultural practices for the body and mind that have long existed in the Africa. It gives a glimpse of aspects of daily life to provide inspiration to learn from ancestry and apply this knowledge to our present, in a bid to nurture a future that aligns past and present for collective and individual growth. Her interests also lie in all things related to food, travel as well as staying a curious being. She is currently based in Portugal, trying to become more of a polyglot. You can reach out to her on Twitter at @OroAnike or on her website oroanike.com. 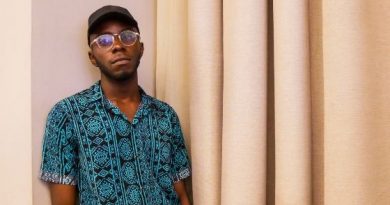 Dreaming Up Alternate Realities And Futures: A Dialogue With TJ Benson 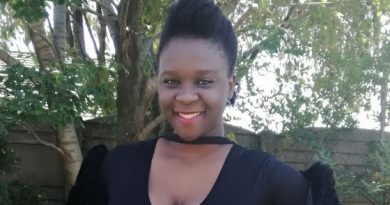 On Childhood Stories, Food & Language: A Dialogue With Keletso Mopai 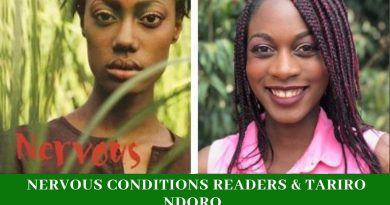