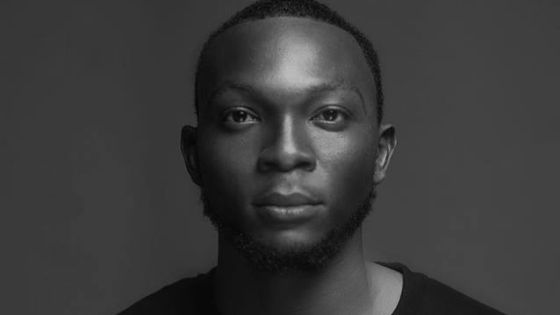 ARTS AND LITERATURE ARE SINE QUA NON TO NATION-BUILDING

A DIALOGUE WITH ADEBAYO SAMUEL

Adebayo Kolawole Samuel, a graduate of Agricultural Extension and Communication Technology from the prestigious Federal University of Technology, Akure (FUTA), Ondo State, Nigeria. He is a young Nigerian poet and gospel artiste who writes his poetry from Akure, a gentle city without flyovers, in South-Western Nigeria. His poems, which he satirically calls “children from an intercourse with life” have appeared in the BPPC Anthology, WRR, Parousia Magazine, and elsewhere. He tries his hand at short stories from time to time too. And when he isn’t writing, he is most likely preaching. He is the author of PoeHEARTic, a chapbook collection of love poems. 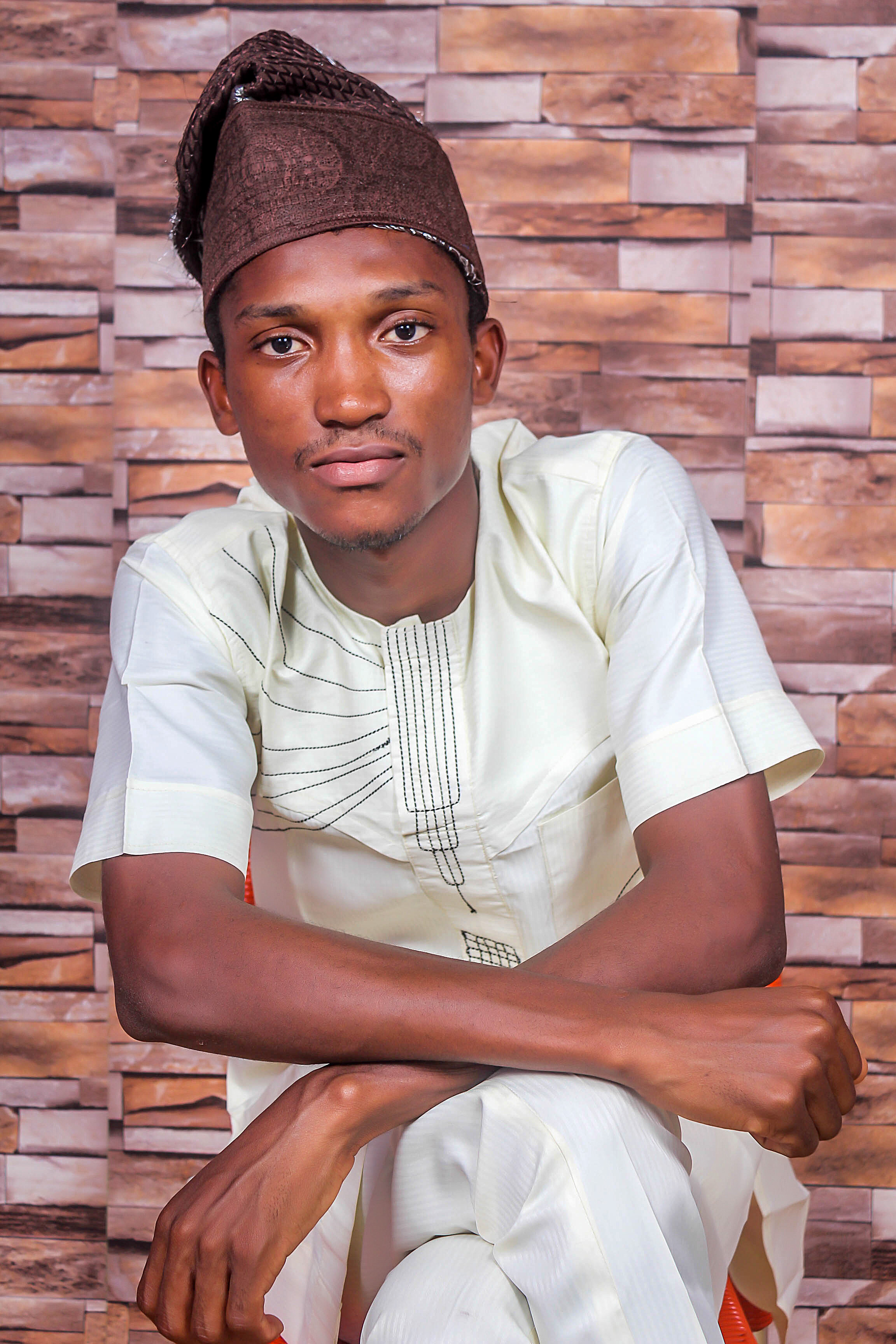 This conversation took place  in Nigeria via email.

Tọ́lá : How would you describe yourself as a poet, your poetry and pastoral ministry? What’s the distinction?

Adebayo: I had begun to write poetry some months (almost a year) before I became a pastor towards the end of 2014. And honestly, at first, I was a little lost as to how I was going to reconcile both details of my identity. But over the years, as I grew in knowledge, I was able to create a clear dichotomy between both entities. I would say I have taken poetry as some form of career, while ministry is what it is—service to God and to His people, via preaching, teaching, and prayers. This is the same way there are many pastors today who work secular as doctors, engineers, teachers, etc. About my poetry, I would say my poetry is exploratory. I like to write about diverse themes, from Christianity, to love, to death, to boys, to girls, to politics, etc. I even wrote on “catfish” and “how to eat a cob of corn” once! However, I would say I write more about love, Christian themes, and matters bordering around human experiences (which are many and multifaceted).

Tọ́lá : Having read your poems published on Parousia Magazine, it appears to me that your poems portray a kind of knowledge you are trying to infuse into your readers. They portray doctrinal knowledge, and then they leave us in awe of a revelation perspective.

Adebayo: That is very true with my Christian poems. I write to pass on the truth about the grace of God which has not been completely understood in many climes. I believe that I can lend my voice, using the tool of poetry, in communicating the truth about the reality of God’s grace, as revealed in His Son, Jesus Christ. It will interest you to know that I have begun writing and compiling a collection of poems titled “To The Man Who Says There Is No God”, which I’ll publish in two years from now or so. The collection will border on atheism and issues surrounding that concept.

“I like to write about diverse themes, from Christianity, to love, to death, to boys, to girls, to politics, etc. I even wrote on “catfish” and “how to eat a cob of corn” once! However, I would say I write more about love, Christian themes, and matters bordering around human experiences (which are many and multifaceted).“

Tọ́lá : Revelation is a fact of these poems. They feel intensely doctrinal.

Adebayo: Certainly! My Christian poems are very doctrinal. I write with a clearly defined intent—to communicate a definite message so very loudly, yet retaining the aesthetics of fine poetics.

Tọ́lá : E. W. Kenyon wrote living poems. What is your position on Christian literature, poetry, prose, plays? Some people tend to pose they can’t be used in the promotion of the gospel.

Adebayo: People who posit that such can’t be used in the promotion or propagation of the gospel seem to forget that the gospel is a message to be believed. And belief itself is a function of information. There is simply nothing to believe if there is no information made available. I think the question to ask is this: do these numerous media have the ability to convey pieces of information to be believed? Can I have a belief or conviction from a book I read or a play I view? Once we are able to answer these questions very sincerely, all conundrums will be dissolved, of their own accord. Of course, the Bible is the sole material for the Christian faith. Hence, the pieces of information to be conveyed via these media must, of necessity, have the Bible as their source. I think I must also add that these pieces of information must not deviate from their proper biblical contexts, as this may make details and information which are not Bible-supported to be communicated.

Tọ́lá : Could you say a bit more about what Christianity has given you?

Adebayo: Actually, to give an answer to this, I will have to be  very elaborate, but for the sake of this interview, I’ll summarize my answer into one very simple and short sentence: Christianity has given me a very lucid meaning concerning the purpose of living.

Tọ́lá :  Did you grow up in a house full of books and was your writing encouraged at home?

Adebayo: No, interestingly, I didn’t grow up in a house full of books, but I always read the few ones I could lay my hands on, especially novels, short stories, and comprehension passages in my English textbooks. I remember I used to read every comprehension passage in my English textbooks, from as far back as when I was in Primary 1. As I grew, I discovered my penchant for writing essays and storylines. I remember I used to make cartoons and tell stories in unused books when I was in primary school. On whether my writing was encouraged at home… Well, my parents always wanted me to finish my assignments on time. So, in that sense, I would say they encouraged me. Then the support grew for my writing when I was one of the top ten winners in an essay competition throughout the state when I was in SS 2. It grew much more when I was awarded the prize for the best student in the English Language while I was graduating from my secondary school (Aquinas College) which is one of the best public secondary schools in Ondo State.

Adebayo: As a child, I was reserved. I was not the “always-talking” type. However, I was very inquisitive and curious! I always wanted to know why things were the way they were. I also loved to read. Basically, I would read anything. Then, I would read old newspapers, magazines, stories in the Old Testament books of the Bible, the dictionary, encyclopedias, and some mythology books.

Tọ́lá : Did you want to become a writer when you were young?

Tọ́lá : How do you write, is it on a computer and what is the color of your pen?

Adebayo: In my first year of writing poetry, I was writing with a pen in my poetry notepad. Then later on, I discovered an app called “Notepad”. And that’s what I’ve been using to write ever since on my Android device. I write on a computer too, sometimes; but I write more on my android device. When I used to write with a pen, I was writing more with a blue pen at first. But then, the color black had a certain kind of alluring effect on me anytime I wrote with it; so I decided to write more with a black pen later on.

Tọ́lá : Do you have a constant routine like a daily ritual?

Adebayo: Well, fundamentally, my “daily ritual” is to try to write poetry every day. Then I read as much poetry as I can lay my hands on too.

Tọ́lá : What’s your take on the Art, Literature in Nigeria?

Adebayo: Well, I believe there was a perspective about the Arts and Literature that many had before that’s being corrected now. Some used to see artists, painters, poets, etc. as people who were not serious about their lives in the past, but such a mentality is fast changing now. Many have begun to see the importance of arts, especially poetry, in shaping the Nigerian society. A clear example is the spoken word poetry, titled “The Wall and The Bridge”, performed by one of Nigeria’s top spoken word poetry performers, Dike Chukwumerije, at the 23rd Nigerian Economic Summit in October, 2017. He addressed the issues of tribalism and ethnic prejudices in a most poignant manner. A truth that must not be shied away from or relegated to the sidelines is that arts and literature are sine qua non to nation-building.

Tọ́lá :  Tell us about your debut collection of poetry?

Adebayo: The truth is I self-published a collection of poems, titled “EXITRANCE”, with the help of Paul Shola Oguntade, a senior friend of mine, when I was in my third year at the university. However, I considered the pieces therein a little too crude and rough later on, so I decided not to refer to it as my debut collection of poems. Perhaps, when I republish it later, as I plan to do, I will begin to refer to it as my debut collection of poems. This is why many people who have bought the collection of poems I regard as my debut collection do not know EXITRANCE. PoeHEARTic (a chapbook), is a collection of love poems that cut through the soul with precision. Let me describe it in the words of Wale Ayinla, Author of “The Other Side of Other Rooms” and “White Roses”, and publisher at DwartsOnline Magazine, who blurbed for the collection: “Love without a voice is lifeless, so is a life without love worthless. Kolawole’s heart-rending, and seething poems connect with the divine state of the heart. A wildfire ignited softly. Many voices muffled into lines of thought. This poet’s heart is of gold. Glowing!” PoeHEARTic was foreworded by Ayoola Goodness Olanrewaju, a renowned Nigerian poet based in Ogun State, Nigeria.

Tọ́lá Ìjálúsì writes from Ibadan, Nigeria. He is a Creative Writer, Poet, and Reviewer. His works appears on various online journals and magazine such as Kalahari Review, Dissident Voice, Indian Periodical, New Ink Review, BlackBoy Magazine and elsewhere. His poems were published in anthologies such as Peace Is Possible, Muse For World Peace II, The Sun Will Rise Again, Best New African Poets Anthology 2016 and Best New African Poets Anthology 2017. He was a recipient of PIN Excellence Award 2016. He is the Managing Editor of PAROUSIA Magazine, An Online Christian Arts and Literary Magazine. 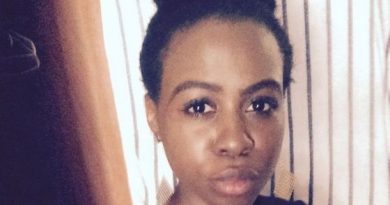 Afrofuturism And The Search For A New Africa: A Dialogue With Imade Iyamu 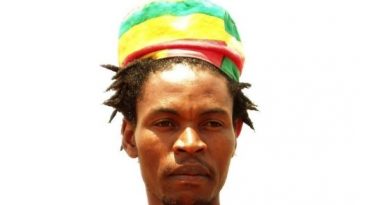 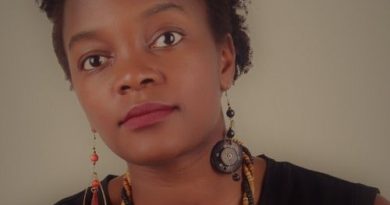 A Willful Act Of Empathy: A Dialogue With Alexis Teyie

One thought on “Arts And Literature Are Sine Qua Non To Nation-Building: A Dialogue With Adebayo Samuel”