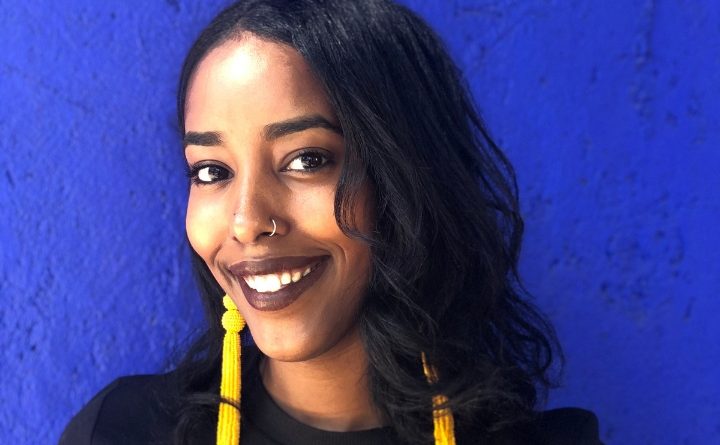 A DIALOGUE WITH JAMILA OSMAN

Jamila Osman is a Portland-based Somali writer and educator currently working on a memoir. 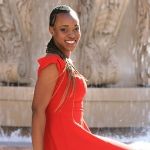 Nkateko: Jamila, congratulations on being shortlisted for the Brunel International African Poetry Prize. What does being on this shortlist mean to you?

Jamila: Thank you so much, it’s very exciting! I’m grateful to share this space with such brilliant poets and to have the honor of calling them my contemporaries. I truly believe some of the most ground-breaking art and writing is being produced by Africans, on the continent and in the diaspora, and it’s great that a prize like this exists to elevate that reality.

Nkateko: The tongue is a recurring image in your poems: “the tongue made to account for/the many languages of its lies” in ‘Original Sin’ and “their tongues/too old to take a new shape. Our tongues still coated in milk” in A Girl Is A Sovereign State’, amongst others. What is the significance of this image for you? Is it indicative of the loss of language as a consequence of distance?

Jamila: The loss of language as a consequence of distance, while a legitimate point of grief for many peoples in diaspora (including myself at various points in my life), is only part of what that image means to me. Because so many Somali migration stories begin at the point of catastrophe, it’s easy for us (both readers and writers), to reduce the totality of our experiences to the traumas of history. And while that trauma is real, I don’t find that narrative particularly compelling or truthful, especially when it is propped up as the singular one. I am more interested in exploring what we find and make from the losses that have informed our lives. So, while the image of the tongue in my work alludes to the histories of loss that inform my subject position, it also represents the many languages— and by extension homes— I have found and forged.

Nkateko: When you say “the body will testify against its tenant” in ‘Original Sin’ it makes me think of the parts of the body that can or cannot tell their stories at the end of life. When examining the body in a post-mortem, there are many body parts which will have marks or scars testifying to physical trauma, but what of the tongue, mouth, throat, teeth? Words that were never said are not found in the mouth of a corpse. Are these poems an accompaniment for the silenced tongue, an aid to the body’s testimony?

Jamila: I was at a talk at CUNY recently where Marisa Fuentes said “the archive is violent and conspires to erase.” The tongue’s silence can be understood on an individual level, but also on a societal level: the silencing of marginalized voices via our erasure from the archive. While writing these poems I was thinking a lot about history as a conspiracy of the powerful. The post-mortem body and the tongue are silenced in that conspiracy. But the body lives and the tongue speaks in the many alternative archives we have created in response to our subjugation. Memory is an archive. The body is an archive. These poems, too, an archive.

“Because so many Somali migration stories begin at the point of catastrophe, it’s easy for us (both readers and writers), to reduce the totality of our experiences to the traumas of history. And while that trauma is real, I don’t find that narrative particularly compelling or truthful, especially when it is propped up as the singular one. I am more interested in exploring what we find and make from the losses that have informed our lives.“

Nkateko: In ‘A Girl Is A Sovereign State’ you say “I bite my tongue and taste blood” after a series of bracketed redactions which imply the silencing of a girl’s tongue after abuse. Does the trauma of losing a tongue further complicate the processing of other traumas later inflicted, causing an inability to describe what was done to the body? Are the redactions a substitute for the blood drawn from the well of the tongue’s silence?

Jamila: I think the trauma of abuse is complicated by an entire ecosystem that manufactures and thrives off of the silence of girls, despite what languages they speak or have forgotten how to speak. The line between individual and collective trauma is so liminal, it is sometimes impossible for me to define where my experiences end and those of other women begin. The redactions were meant to create space on the page, to allow myself and whoever else needed, room for pause. They were also meant to function as a door where I could carry the names and memories of women I know and love with me into the world of the poem.

Nkateko: “The line between individual and collective trauma is so liminal, it is sometimes impossible for me to define where my experiences end and those of other women begin.” That is a powerful statement. While reading The Careless Seamstress by Tjawangwa Dema, I came across the use of the “I” voice in poems even when the experience was that of another. In response, she said, “The ‘I’ in a poem best serves the poem when it is legion, not singular,” and “often when the poet says ‘I,’ it is generally not the poet speaking but the poem’s persona, even a literal/singular “I” that is informed by the world, memory and thought is ‘many.’” This takes me back to your statement about archiving, that “Memory is an archive. The body is an archive. These poems, too, an archive.” We are collecting the stories of those who walked the journey with us, those who are no longer here to say “this is my story”, but who rather speak through us, through the collective “I” in the work. Has the compilation of your memoir been aided by your poetry, and vice versa? Is one an extension of the other? How do you decide that a particular memory or train of thought should lead to or exist as a poem rather than a portion of your memoir?

Jamila: This is an exceptionally thoughtful question—it is one that I struggle to answer for myself most days. As a poet and prose writer, I am fascinated by the malleability of both forms. I am interested in defining for myself, through draft after draft, what a poem can be and what an essay can be, particularly at the very edge of their respective definitions. The memoir and poems I am writing are extensions of one another. I see both as vehicles to a destination. When I sit down to write I have a vague idea, a blurred vision sharpening as I near it, of where I am trying to go. My work is to pick the mode of transport that will get me there safely. It’s tricky, however, because sometimes I think I am writing about one thing and realize I am writing about something else entirely. I have prepared myself for one journey and find myself on a completely different one. Sometimes I’m on a bike and realize I need to be in a 4-wheeler. I don’t always know if a memory or train of thought will live in a poem or in prose, but through the writing, through the act of breaking through the noise of early drafts, I have faith (so much of my process relies on faith these days!) that eventually everything will rise in its proper and honest form.

I love the idea of “breaking through the noise of early drafts.”  Does silence imply completion, whether of a draft or an entire poem? When is a poem really complete? I once came across a discussion about this on social media and someone said, “Don’t say the poem is finished just because you’re tired.” How important is it to revisit those early drafts, especially those that have gone quiet? What does your revision process look like?

Jamila: The particulars of my revision process differ depending on whether I’m working on prose or poetry. But what remains the same is the distance and time I spend away from each draft. I’ll write something, and then won’t look at it for days or weeks… months sometimes. And then when I feel ready, I’ll return to it different in some big or small way, and able to look at it with new eyes. If I have learned anything from the writing process, it is that patience is key. A piece will be finished when I become the person I needed to be to write a particular poem or essay, and there is no expediting that.

Nkateko: Thank you so much for having this conversation with me, Jamila. I have learnt a lot from your poems and your responses to these questions. All the best with the Brunel International African Poetry Prize and with everything you plan to do this year and beyond.

Jamila: It was my pleasure! Thank you so much for asking such thoughtful questions. Thank you for “seeing” my poems, and, by extension, me. 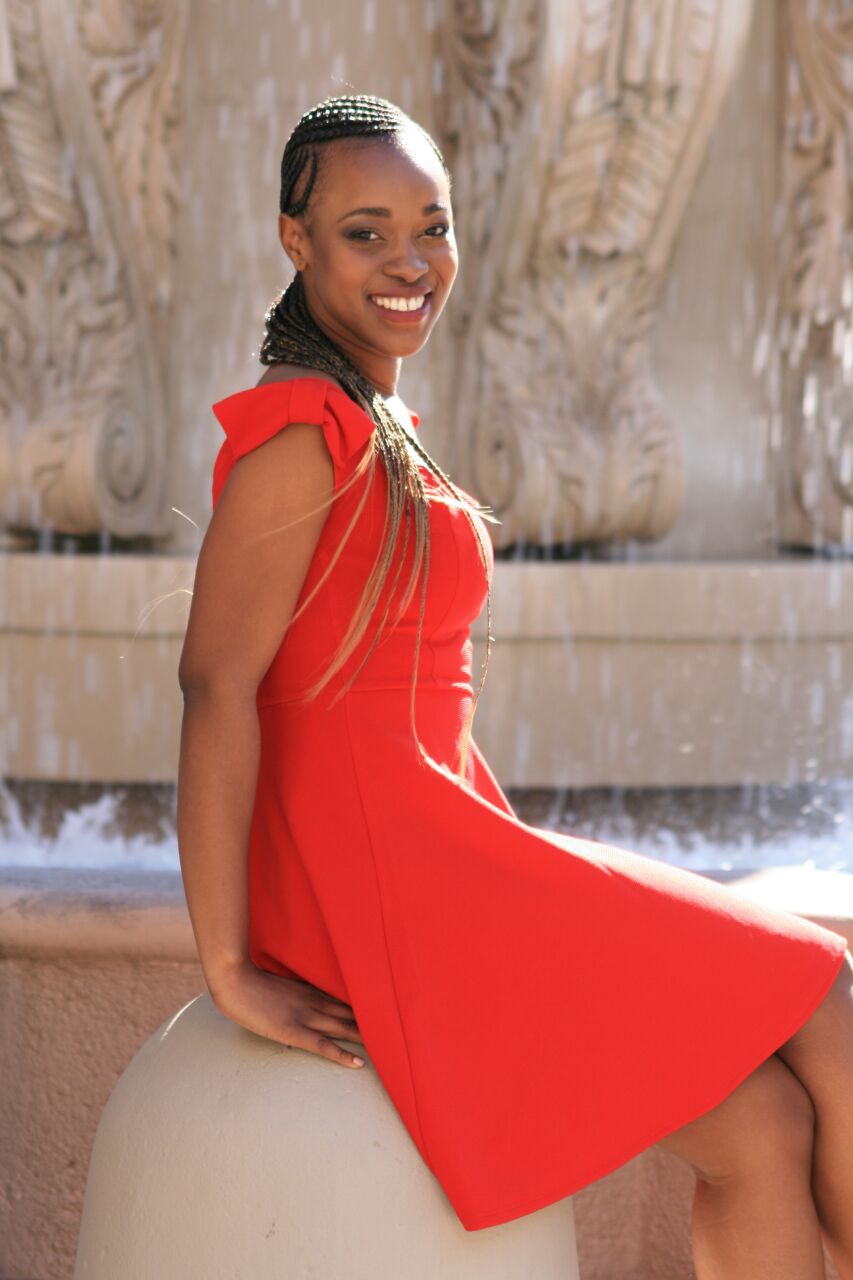 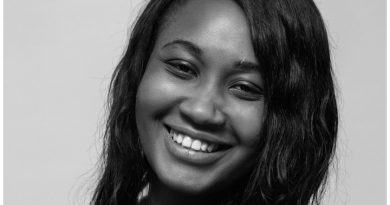 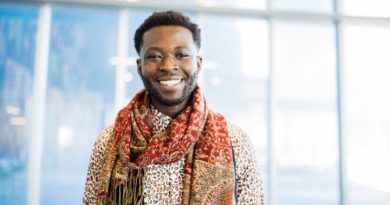 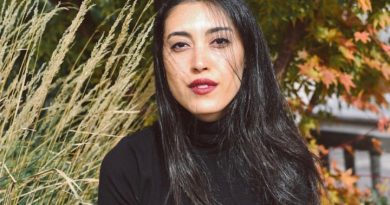