Ayodele Sogunro is a writer, social critic and lawyer. He is the author of The Wonderful Life of Senator Boniface and other Sorry Tales and, most recently, the collection of essays: Everything in Nigeria is Going to Kill You. His writings have earned references and publication in international and Nigerian media. Ayo Sogunro has experience in human rights law working with the The Initiative for Equal Rights, a sexual and health rights NGO in Nigeria. He is currently undertaking the Human Rights and Democratisation in Africa programme at the Centre for Human Rights, University of Pretoria.

This conversation took place in a green bedroom in the cold sweetspot of Gaborone, Botswana and the quiet but energetic academic community of Hatfield, Pretoria, South Africa by Email.

Ayodele: As a writer, being shortlisted for the Gerald Kraak Award was encouraging to my creative preferences. My entry was an essay. I think African writing prizes should do more to encourage the recognition of creative non-fiction. Stories are told in many ways and we should not confine our literary awards only to the standard models. Case in point: the 2016 Nobel Prize in Literature. As a human, I’m just quite glad that queer stories and narratives have found a voice in the African literary scene.

Gaamangwe: I am also quite glad that queer stories and narratives are finding a voice in the African literary scene. It is so important that these narratives are part of the global dialogue, especially right now where we live in a world that wants to insist on one, specific and particular narrative. What drew you to the narrative that you explored in your essay? Why was it important for you to explore this narrative?

Ayodele: That’s a question that requires a complicated response detailing the influences of my legal training and education, Western liberal philosophy, the African Ubuntu ideal and the Yoruba concept of Omoluabi. But, the summary answer is that there can be no human progress when one or more parts of humanity try to suppress another part. Conflict is borne out of, amongst other things, a refusal to acknowledge and appreciate diversity. My exploration of the queer narrative is, therefore, inspired by the hope of contributing some enlightenment on the diverse nature of humanity—not just in sexuality, but in all other aspects of existence. This means questioning and testing existing frameworks of social, legal and moral thought and judging them not just by some inherent authority they claim to have, but by their external effect on human solidarity and cooperation.

Gaamangwe: What is the Yoruba concept of Omoluabi? I agree with you Ayo, about the importance of assessing framework not for what they claim but for their full impact on human life. I imagine that the anti-gay law has actually made life for LGBTI communities very difficult to navigate. Recently a Nigerian writer was kidnapped for an essay he wrote about queer rights. The very fact that this law exists made it quite difficult for this situation to be fixed quickly, because reporting to the police would have made the whole situation far worse. So it’s quite important to open dialogues about how a law against same sex marriage can unravel and sustain other things (homophobia, lack of legal/police accessibility and just plain violence and restriction of expression).

There isn’t an exact, logical reason for this law but it is sustained by deeply-entrenched systems. Which makes it quite difficult to challenge the law. Can the law be challenged and actually be overturned?

Ayodele: The Yoruba concept of Omoluabi (loosely translated as ‘the child birthed by the Lord of Good Behaviour) is a philosophical ideology that sets out the ideal of a ‘good’ human. It requires an individual to form personality attributes among which are having: Inu Rere (goodwill to others), Iwapele (gentle character; tolerance ). More on this can be found in academic works by Prof Wande Abimbola and others.

Yes, the anti-gay law has complicated life for LGBTI people in Nigeria, in several many ways. The silver lining is that it has also forced a conversation that most Nigerians would have been unwilling to have four years ago. Socially, this is a good thing as conversation breeds enlightenment even if it has the side effect of more vocal homophobia. Politically, however, the Nigerian democracy can hardly be called a receptive one. Political changes are often triggered by the interests of the political class more than anything else. While a sympathetic court may overturn the law through strategic litigation, the government has been known to ignore court orders if the judgement does not suit its political interests.

Gaamangwe: Yes, the silver lining is quite important because we are now having a dialogue, and this dialogue is actually going beyond the borders of Nigeria, and all across Africa. Hopefully, through this, eventually, this will transform to actual policy amendments. Hopefully, the collective voice can outweigh the interests and power of the political class.

What impact do you imagine and hope your piece will have on both political and social space? Also, what questions/dialogues/narrative/spaces do you hope your work gives birth to?

Ayodele: It would really be thrilling to see policy changes on gender and sexuality in Nigeria. I don’t suppose that’s way too much to hope for in my lifetime. But, for now, I am looking forward to conversations that are nuanced in the socio-political complexities of Nigeria. Many of the public arguments I’ve heard on the issue of tackling Sexual Orientation and Gender Identity issues in Nigeria are simplistic: for example, merely focusing on religious dogmatism whereas quite a number of LGB Nigerians I know are equally just as religious as homophobic people. As I try to show in the essay, the issue is complex. Rampant homophobia in Nigeria is tied to the dysfunctional political system, economic classism, and of course, to cultural ignorance caused by the declining quality of education. It would be wonderful if my piece generates further examinations of these aspects.

Gaamangwe: I suppose the focus on religious dogmatism is at the forefront of this dialogue because often times ideologies of sexuality seemed to be perceived from that window glass. Of course, as you said it’s far more complex than we realized. It’s actually quite overwhelming when you think about the interconnections of ‘oppressive’ system and how one feeds and sustains the other. For sure, we need further examinations.

Do you have any thoughts or ideas about what systems we can start with to untangle this whole mess? Can we possibly discover the core of everything and take that apart?

Ayodele: This, I’m sure has to be the subject of weighty academic dissertations. But, offhand, I would say in the Nigerian context, it is important to educate people on the primacy of human rights as a standard of achieving human dignity. Many Nigerians still conceptualise rights as something that has to be earned through work, education or status. The more people begin to consider human rights as an inherent quality of existence, the easier it is to liberate areas of gender and sexuality.

Gaamangwe: We call that Botho in setswana. Essentially, having a deep sense of another person’s humanity. ​It’s so paramount that we highlight this before any systems. Also we are really interconnected. The sooner we learn this the better. Thank you so much Ayo for joining me. This has been an education. 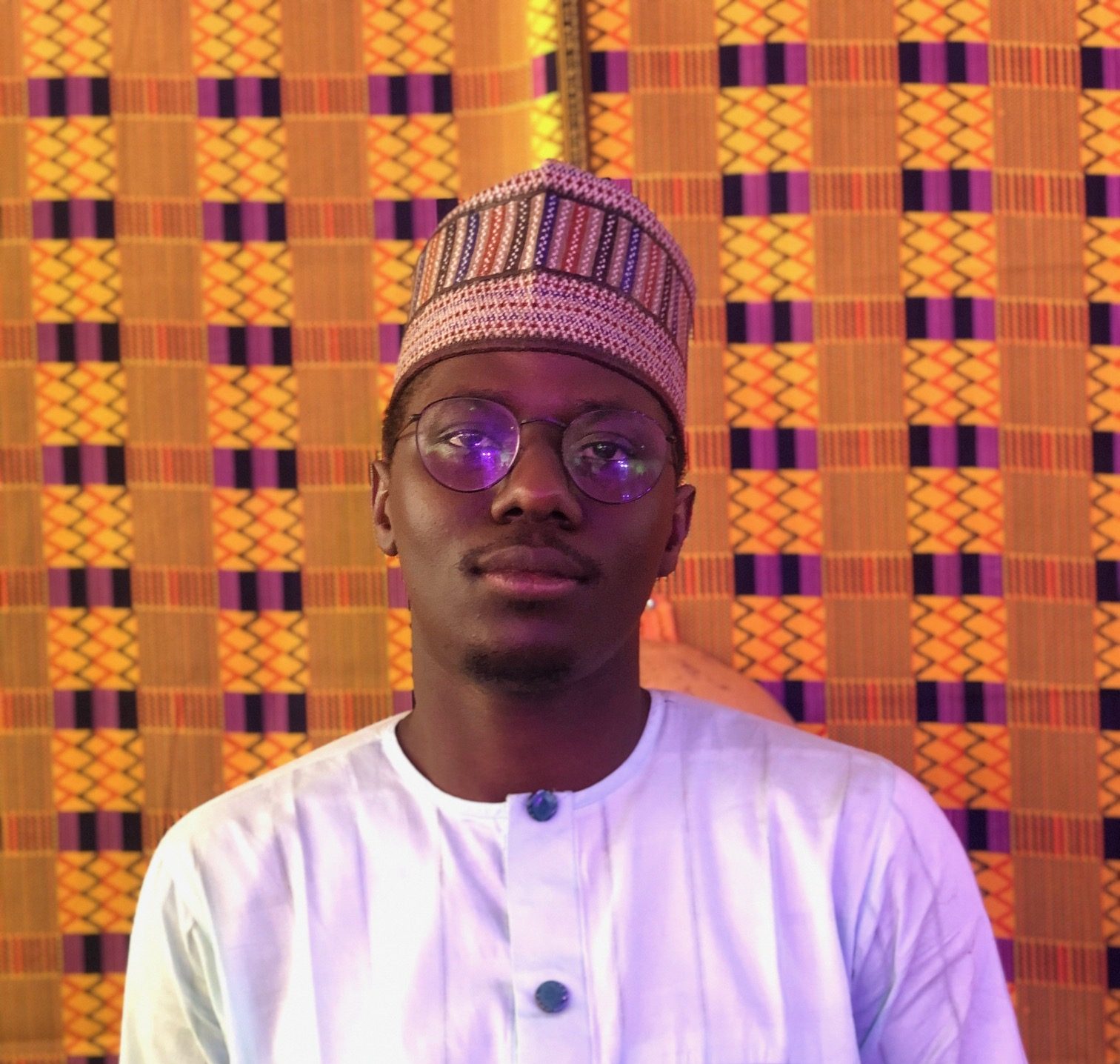 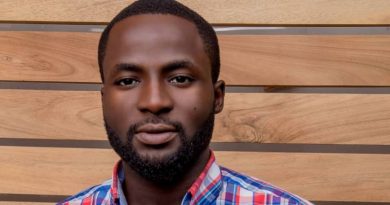 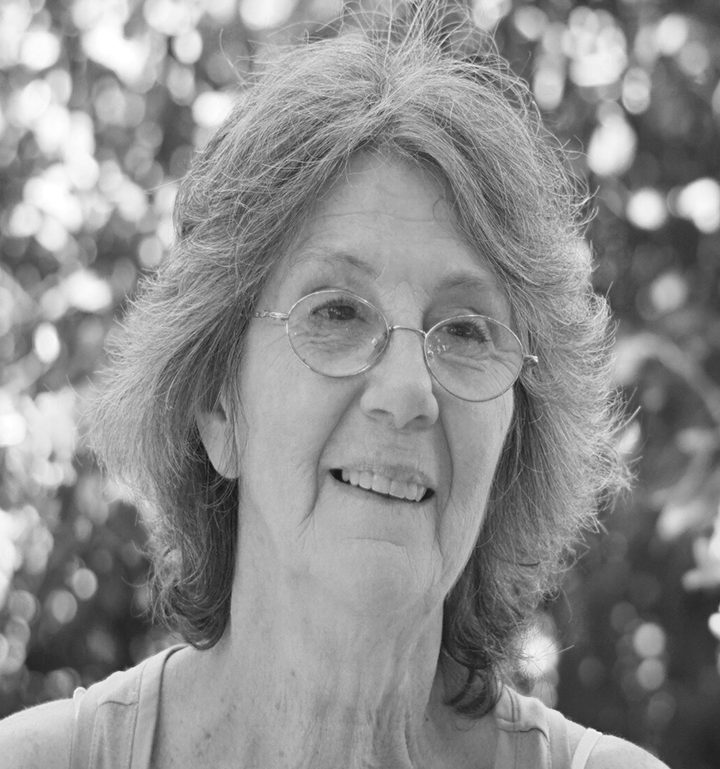