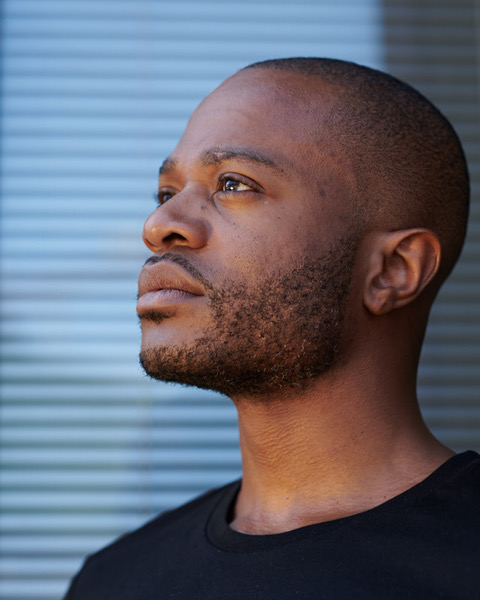 A LONG WAY FROM DOUALA, A MODERN COMING-OF-AGE CAMEROONIAN STORY

A DIALOGUE WITH MAX LOBE

Max Lobe was born in Douala, Cameroon. At eighteen he moved to Switzerland, where he earned a BA in communication and journalism and a master’s in public policy and administration. In 2017, his novel Confidences won the Ahmadou Kourouma Prize. A Long Way from Douala, his latest novel, was published in 2018 to rave reviews in Switzerland and France. Other books include 39 rue de Berne and La Trinité bantoue. Max Lobe lives in Geneva.

This conversation took place between Geneva, Switzerland and Laghouat, Algeria, via email.

Saliha: Hello Max. I’m Saliha Haddad, literary interviewer at Africa in Dialogue, teacher and writer. I am very pleased to do this interview with you so thank you very much for accepting this invitation to a conversation. How are you doing?

Max: Hello! I’m very well and how are you?

Saliha: I’m fine too, thank you very much.

I think it’s the first time I’ve read a Cameroonian writer and it really delighted me and made me want to discover more authors from the African neighbor. Last year I started to discover Africa thanks to novels from different authors I read like Nigeria, Ghana or Tanzania. While I want to continue exploring more authors from the African continent, I found that their books are inaccessible in Algeria. I have noticed this phenomenon as soon as I order a book here in my country from several bookstores and I don’t find it, but I am not the only one to notice this. I have seen on African literary spaces on the internet that people from other several countries on the continent have had the same observation concerning their own countries. What do you think about this problem? Have you encountered the same problem in relation to the distribution of your own novels in Africa?

Max: Yes, this is a real problem, the distribution of books by African authors in Africa. We have known for a long time that there is a lack of concrete book policies in Africa, especially in Black Africa.

I believe that private funds must participate in the circulation of knowledge among young people in their respective countries. Investing in culture (even in books!) can only be profitable for our societies.

A Long Way from Douala is a book full of twists and turns, as we set off on an exciting journey through Cameroon with the two main characters, Jean and Simon, who are looking for their brother and friend Roger, who has left for Europe. The journey allows readers to discover not only the country but also the frustrations, dreams, desires and secrets of the characters. Tell me more about your process of writing this wonderful novel? And are there any particular coming-of-age novels that influenced it?

“I have never been afraid, like really afraid, in Africa. Nowhere, no matter what country in Africa, do I have any fear.”

Max: In Truman Capote’s Other Voices, Other Rooms, the character of Joel Harrison, whose mother died in Louisiana, has to make the trip to Mississippi to find his father who had abandoned them.

For A Long Way from Douala, I myself was in Cameroon. I myself made this trip between Douala and Maroua. It was in 2015, I think. I felt like going to see the reality of Boko Haram in the north of Cameroon. And this trip resulted in a story: A Long Way From Douala.

Saliha: I really want to discover this book; I love stories where characters go on trips. I think it allows me to travel a little bit everywhere. But it’s also always exciting to see how characters evolve during their travels.

The novel deals with many important themes, such as terrorism, that still continues in many countries in Africa. Personally I have always avoided reading about terrorism because it has always terrified me. But recently I read Yasmina Khadra’s novel about the Algerian Civil War, A Quoi Rêvent Les Loups (What Do Wolves Dream About) and it gave me chills, imagining the state of the country during that period of war, since I was a child during this turbulent time. If reading on the subject is difficult for me, I can’t imagine writing about it. Was it difficult for you to write about terrorism? And, as you mention here and in a video for the Zoé Editions, which published your novel A Long Way From Douala in French, you said that you took the same paths as the two characters Jean and Simon, and as readers we can see all the fear, anxiety and dread in these two boys as the closer they get to the north. Did you also experience the same emotions as them on your journey?

Max: No, I’m not afraid. I always wanted to be a war reporter. I like these kinds of “dangerous” situations. A Long Way From Douala is not only about Islamic terrorism. It’s more about fanaticism: Christian, Islamic and even football fanaticism. It is also about the Boza: going to Europe on feet. My focus is on the journey inside Cameroon. No question of crossing the Mediterranean, etc. No. Before taking the road across the Sahara Desert and the Mediterranean, we start from somewhere and that somewhere is our family home. This is Roger’s case.

So no, I have never been afraid, like really afraid, in Africa. Nowhere, no matter what country in Africa, do I have any fear.

Saliha: Yes it is true, in a way Roger reflects the fact that each individual who takes the road to Europe has his or her own history, family, and motivations. In Algeria we call it la Boza; hargua, it is interesting to see the same phenomenon in different countries with different names. Also, many of the scenes from Cameroon that you have described in the novel remind me of scenes from Algeria.

The narrator is navigating complicated relationships with his brother Roger, for whom he feels a lot of sympathy because he is the favorite child of their mother. In addition to this complex relationship with his brother, he has a more complex one with his friend Simon (in order not to spoil, I won’t say more). Do the words uttered by Simon towards Jean and the thoughts of this later at the end of the novel really indicate what I think—that he has concluded his coming-of-age  journey and he has grown out from his feelings?

With the character of Jean, I wanted to show the most banal (and most significant) questions of a young black man who learns to know himself and also those around him. I wanted to adopt the nuance so as not to fall into the banal, to avoid a stereotypical vision of these very sensitive issues, especially in Africa.

Saliha: These are fundamental questions. I like the character of Jean very much, precisely because he asks many questions about himself and about those around him. And I love the language you used to let him express himself, like when he thinks about the women Simon is dating or the policewoman: the realistic and direct language of a young person. (I must admit it made me laugh a little bit sometimes).

In the narrator’s family, I notice that the character of the mother and Jean are in a way opposed to the characters of Roger and his father, the former are more sentimental, intellectual and spiritual while the latter are physically stronger and more extroverted. Can you tell me more about this family dynamic? And did this oppositional relationship at the end only need some time before imploding the family—like there was always a hovering threat?

Max: This is one of the main subjects of the book that we often tend to forget: family dynamics. I wanted to talk about a family that becomes fragile and then literally tears itself apart.

You know, in a family, especially let’s say large families, children don’t develop the same kind of relationship with their parents, let alone with each other, the children. I’m the 5th in my family of 7 children. And I can say, empirically, that oppositions or even family conflicts can arise from these differences within the family.

But let’s not forget also that the mother has suffered violence that led to marriage.

Saliha: Yes, a violence that has marked her a lot in the future, even if we as readers don’t know it until the end.

You declared in the newspaper Le Monde in 2017 that it amazed you to write about the same subjects as your predecessors of the 50s and 60s, such as Ahmadou Kourouma, as if nothing had changed in Africa. Do you think that writing has failed to draw attention to the problems in order to change them, or that finally the powers that are keeping African countries in the same stagnant state are too strong?

Max: Wow! What a question! I will need four books to answer it (to be continued).

Max: I think it all depends on what we’re talking about. Education, for example, has advanced. Some infrastructures are linked more to globalization than to the very development of the countries we are talking about.

My interview in 2017 in Le Monde followed my reception of the Kourouma Prize for my novel Confidences about the war of liberation in Cameroon. Nothing has really changed in this regard. Those in power in Cameroon are subjects of the victors of the war (France and the UK). So they have no interest in teaching our history, in teaching us to be proud of ourselves.

I will end by saying that the real wealth of Africa today is its people. We will have to train and educate them. This is very important to avoid hatred and fanaticism later on.

Saliha: As a writer living outside Cameroon, does writing give you the feeling of coming home, even temporarily?

Max: Yes, with all my texts, I go back to Cameroon for a while, at least mentally. And in fact, I go to Africa very often, not only to Cameroon, by the way.

Saliha: Thank you so much for taking the time to answer my questions, Max, and thank you for writing this wonderful book.

Max: Kisses and hugs from Geneva.

2020 African Writers Award for Drama: A Dialogue with Akayi 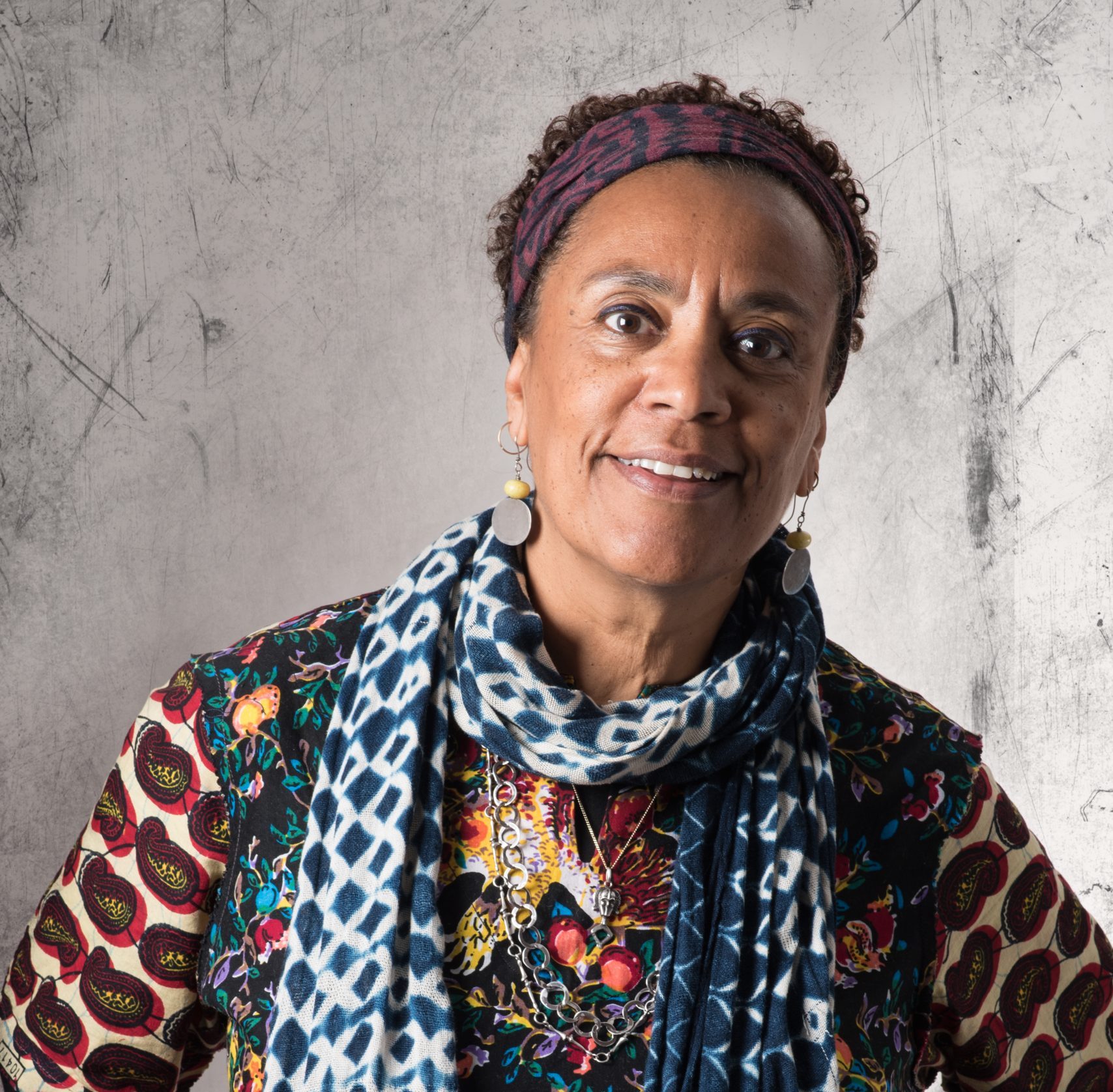 Art in the Era of Catastrophe: A Dialogue with Véronique Tadjo 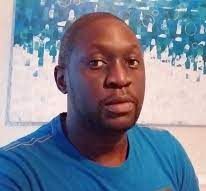 Love as a Risky Odyssey: A Dialogue with Gerald Ntando