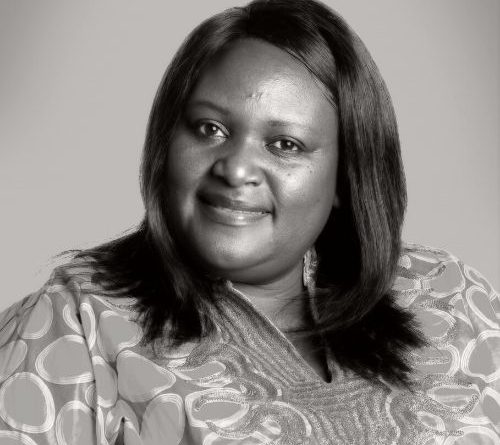 OF THE AFRICAN IN THE DIASPORA AND AFROFUTURISM

Mbozi Haimbe was born and raised in Zambia. She writes African inspired fiction. Her short story, ‘The Harvest’ was long-listed for the Commonwealth Short Story Prize 2018. She won the Africa regional prize of the Commonwealth Short Story Prize 2019 for her story, ‘Madam’s Sister’. Mbozi won a Milford Bursary to attend the Milford Science Fiction Conference 2019. She has an Mst in Creative Writing from the University of Cambridge and is working on a short story collection, while also exploring ideas for her debut novel. Mbozi lives in Norfolk with her family.

This conversation took place between the bustling city of Lagos and the county of Norfolk in England via email.

Barakat: Hello Mbozi, thank you for joining me in this conversation. I would like to start by congratulating you for winning the 2019 Commonwealth Short Story Prize (African Region) with your short story “Madam’s Sister,” which makes you the second Zambian to ever win the prize, following Ellen Banda Aaku who won a previous version of the prize in 2007. How did this make you feel?

Mbozi: Hi Barakat, thank you for having me. I was delighted to win the prize. I had been long-listed for a different story in 2018, and considered it a fantastic progress to have made the shortlist this year. To be told I had won the regional prize was a truly tremendous moment.

Barakat: That, indeed, is a lot of progress. What do you think you did differently this time to have made your story stand out?

Mbozi: It’s difficult to say. I think writing about Lusaka while I was actually in Lusaka definitely helped. I kind of immersed myself in the place so when I came to write about the characters’ experiences the sensory information was a lot more accessible.

Barakat: What you have said reveals that being in an environment one is writing about energizes the creative process profoundly. By the way, I found “Madam’s Sister” compelling because of its lucid prose and its realistic thematic preoccupation, which is the wrong perception home-based Africans have about Africans in the diaspora. A popular thought in Africa is that Africans in the Diaspora are very comfortable with all the money to spare. Do you think this is because of the remittances they send home, and can you expound on what inspired you to go for this particular theme?

Mbozi: It may be partly due to remittances but I think there’s a wider postcolonial theme underlying the perception of what life is like for the people in diaspora. I think there’s a sense in which we are sold the Western dream, which is a different story once you’re on the ground. The fact is, wherever you go in the world you will encounter hardship, deprivation and class inequalities.

My inspiration for the titular character comes from experiencing, directly and indirectly, the challenges African women face in the diaspora, and how they withstand and overcome them. The end is deliberately ambiguous to denote that the protagonist’s story is not yet over. I think it’s important to say that this is only one aspect of her story, and that there are other experiences, stories of success, to add to the tapestry of African women’s narrative in the diaspora.

“My inspiration for the titular character comes from experiencing, directly and indirectly, the challenges African women face in the diaspora, and how they withstand and overcome them. The end is deliberately ambiguous to denote that the protagonist’s story is not yet over.“

Barakat: I quite agree with your suggestion of a postcolonial theme. And I think the Western dream is popular among citizens of post-colonial countries, especially Africans. It is also in the human nature to believe the grass is greener on the other side. A pointer to this fact is the fairytale character Dick Whittington who believes the streets of London are paved with gold. Africans living within the continent seem to share a similar view about western nations.

Mbozi: I’m putting forward the case for African women because I am one, to begin with. I write from a black feminist perspective and so my focus tends to be on how African women maneuver within the patriarchal systems both in their countries of origin and in their adopted countries. They contend with race, gender and socio-economic inequalities, and it is the impact of these on character development that I’m interested in as a writer.

Barakat: I can imagine. And yes, I do agree that African women have a lot to contend with in male dominated societies. Do you feel African government(s) can help lessen the burden of expectation on Africans in diaspora by providing a better standard of living for Africans back home?

Mbozi: I wouldn’t say the onus is only on African governments per se. We all ─those who create African art be it via literature, visual and performing arts or any other creative media─ have a role to play in Africa’s narrative. Tell a different story, show a different face of Africa, and challenge outdated perceptions. A better standard of living for all is always a worthwhile pursuit, but we equally need to address our identity and what it means to be an African, whether in the diaspora or on the continent.

Barakat: Some deep words there, and quite a lot to ponder on. I agree with the fact that we all as Africans have a role to play in achieving the Africa of our dreams. And what better way to start than using the arts to change our narrative. Recently, you attended the Milford SF Conference. Is it safe to say that you are leaning towards the sci-fi genre, and should we be expecting some sci-fi/ fantasy stories from you?

Mbozi: I have always been interested in speculative fiction, and Milford was a great opportunity to meet writers from across the spectrum of sci-fi and fantasy. My particular interest is Afrofuturism with an emphasis on Africa either as the primary or secondary setting, and African protagonists. I take certain aspects of Zambian beliefs and reframe within the context of sci-fi/fantasy. My current project is within this genre although I will also continue to write African social realism.

Barakat: Interesting. Afrofuturism is a field that has generated a lot of interest of late. Do you believe redefining the notion of blackness and re-imagining an alternate future for Africa and the black race can spur development for the region in this regard? Also, there has been some argument on the term ‘Afrofuturism’. Nnedi Okorafor believes what African SF writers create should be Africanfuturism and not Afrofuturism since the former would have its lore originating geographically and culturally from the African continent and would be devoid of any Western discourse. Are you also of the same view?

Mbozi: Historically, literature has been seen to play a part in social change, so I think there is the potential for SF to influence the direction of development within the region. I also think it’s important to see ourselves reflected in the stories we read and movies we watch. While growing up I never encountered a black superhero, let alone a female black superhero. I’m glad that won’t be the case for the current generation and those to come. That said, Africanfuturism is a new term coined by Nnedi Okorafor, and I am interested in learning more about what it encompasses.

Barakat: Without doubt, the black superhero and Afrofuturist concept ushered in a realization of immense potential and possibilities out there for Africans and the black race. What is your assessment of the acceptance of sci-fi among Africans? Do you feel the genre has been fully explored or is there a need for more African writers to embrace the genre?

Mbozi: Yes, I’d agree that there’s still need for the further exploration of sci-fi and fantasy by African writers and similarly, more need for the publication of such works and the consumption of them.

Barakat: Indeed. A lot can still be done in developing the genre and perhaps, time will tell how well or how far this is done.

Mbozi: Yes. Just for illustrative purposes, the SFF publisher, Gollancz, and the bestselling SFF author Ben Aaronovitch recently launched a BAME SFF award in response to statistics that indicate that less than 1% of books published in this genre in 2018 were from the UK’s black and ethnic minority community. So, yes, there’s more work to be done in terms of diversity within SFF overall. In this respect, I’m greatly inspired by writers like Tade Thomspon, Nnedi Okorafor, Irenosen Okojie and Tendai Huchu.

Barakat: That is interesting and the awards are no doubt a step in the right direction. It’s been such a pleasure having this conversation with you and I look forward to reading your Zambian folklore-inspired work when it is completed. Thank you for joining me in this dialogue.

Barakat Akinsiku is a writer and author based in Lagos, Nigeria. She writes fiction and creative non-fiction. Her writing has appeared in the Fair Observer Journal, the Truth and various other publications while her creative non-fiction piece Growing Pains was included in Freedom Magazine’s ‘Burn’ anthology. When she’s not writing her own stories, Barakat edits work for others. She also doubles as narrative designer for Lagos based indie game developer, Gbrossoft. Barakat is the author of a novel The Surrogacy Deal and her favorite past-times are relaxing with a good book and watching documentaries.

On the Writing of Speculative Fiction: A Dialogue with Innocent Immaculate Acan 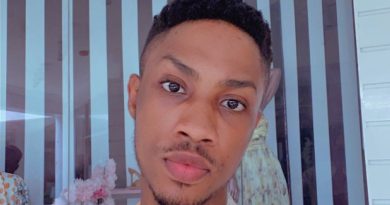