Régine Gwladys Lebouda defines herself as someone who asks questions. The young author has passion for literature, music, and humanity. At just 24 years old, the journalist at the national Cameroon television has already several laurels in her shoulder bag, among which is the National Prize for the Freedom of Press in 2012. In 2015 , she won the first edition of the international writing competition “Chansons sans frontières” (Songs without boundaries) with her poignant text on the distress of the high school students of Chibok, who have been reduced to sexual slaves in the claws of Boko Haram, and also forgotten by the international community. With her new short story “Mobache” shortlisted for the Writivism 2017 prize, she has set the first milestones of a literary career carried by a sensitive and profound writing style.

This conversation took place in a green bedroom in the sweetspot of Gaborone, Botswana and Yaounde, Cameroon.

Gaamangwe: ​Regine, Congratulations for being shortlisted for the Short Story Prize! How are you feeling? What does it mean to you to be shortlisted?​

Regine: Being shortlisted for the Writivism Prize came as a big surprise for me. Mostly because I completed my work in rush and sent it right before the deadline. I completely forgot about the submission deadline, so that evening I was some friends when the discussion turned to literature and that’s when I remembered the literary piece. It was 12:30pm and I had to go back home to crosscheck the last version of my text and find internet access before sending it. Fortunately, with the help of a friend I managed to send it on time. Beyond the surprise, seeing my name in the shortlist gives me a renewed confidence on my talent and motivates me to keep writing in the hope of inscribing my name in the lineage of the greats of this world.

Gaamangwe: I am excited for you. Being shortlisted is just the beginning, so you are in the right path to being like the greats. What is your story about?

Regine: My piece is entitled “Mobache, l’enfant de joie ” “Mobache, the girl of joy”., which means hustler in French.   It is a mixture of questions about the choices that we make and the ones that life imposes on us. Mobaches is a 15 years old girl with AIDS. Her mother, dead, was a street prostitute, who raised her to a career as a girl of joy and trained her to survive in the middle of the night. But when she dies, the girl was given to a man who claimed to be her father, who later attempted to excise her to sell her clitoris to a parts seller. The short story ends when she escapes her flee from the house. She finds herself at the crossroads of prostitutes of her childhood, without roof or bread. The story will continue in my novel.

Gaamangwe: What inspired your story? Why did you want to write a story about AIDS and prostitution?

Regine: The idea of this piece spontaneously came to me. I had no specific intention in my mind, I wrote as it came to me, just to translate into words the flood of questions inspired by a fast-changing Cameroonian society. I would say it’s my inspiration. As I re-read the story, I could recognize these crossroads, even without a historical background. I got inspired by an environment where sex is introduced in every subject. In music, job seeking, in everyday worries, in marriages and children. My story feeds a bit on the current search for balance between the inescapable modernization and the necessary preservation of our values.

Gaamangwe: That balance is important to strive for. I wonder if your how your character strived to balance the unavoidable need to survive and the preservation of her values? But also what can we do to preserve​ or create balance between modernization and our values as people?

My character, despite being young, has known only the dark side of life. Born into prostitution, recovered by an aunt who lives in misery, then by a greedy and inhuman father. She is barely educated but shows great intelligence. She does not understand why one has to sell her body like cattle, or why people around her think only of themselves, let alone why everyone judges her neighbor on the basis of her history or her mistakes. Without being educated in the values ​​of dignity, sharing or Solidarity, she knows that it is better than the sidewalk, than the events that life imposes on her. She accept her past, the things she has chosen and those she has never wanted. She uses this past to build her different dreams. My heroine carries the legacy of her past to advance her. This way of seeing and living, allows oneself to reinvent themselves. It does not let one to be absorbed by the fast-changing world, and encourages one to always ask who we have become.

Each story is different, but we tend to dilute it as the mass. It is always easier to create a personality that is not authentically us, just to seem suitable. Many people let themselves fall into a idea of happiness that is sold to us by the West. But we do not have the same history, we cannot have the same recipe for happiness. The result is that instead of making us happy, modernity and globalization has enclosed us in a society of selfish pleasure, far removed from our African principles. Corruption, the sterile dictatorship and even the prostitution which I have described in fact only symptoms.

Gaamangwe: This is true, we should be the designers of what makes us happy, based on what we personally desire. Lastly, what other stories or themes do you want to write about?

Regine: There are plenty of themes that fascinate me and inspire me such as violence, war, the place of art in our lives, religion and its confusions. The questions of gender parity seen from an African perspective calls me. I’m just someone who ask questions. I have noticed that there is a particular paradox among African women about gender equality, especially in our highly patriarchal societies. Many women want the benefits of the parity but are not ready to assume the responsibility that will fall to them in this new configuration of male-female relationships.

Gaamangwe: Thank you Regine for your reflections. All the best of luck with writing! 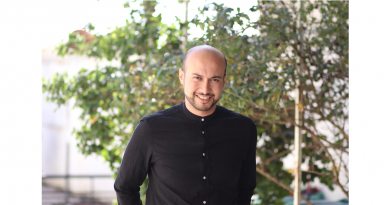 Making Peace with Our Past: A Dialogue with Hamza Koudri 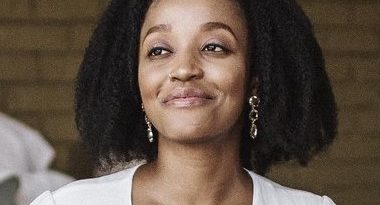