Munachim Amah lives in Lagos, Nigeria where he is currently a marketing communications intern. He is an alumnus of the Farafina Trust Creative Writing Workshop, and his writing has been published by Saraba Magazine, African Writer, Kalahari Review, and Bakwa Magazine.

This conversation took place between a green bedroom in the sweetspot of Gaborone, Botswana and a cold, musty bedroom in a quiet suburb of Lagos, Nigeria.

Munachim: Thank you so much, Gaamangwe. I’m not so sure what I feel. I have been feeling quite a couple of things really —extreme joy, doubt, fear, anxiety. But in all, it just feels really good to know that the judges read my story and loved it. It means a lot to me. I wasn’t particularly sure how Stolen Pieces will be received. I was afraid for the character I created. I wasn’t sure how he will be perceived by people, especially by Nigerians. I wasn’t sure if he will be loved. I touched on a subject that people would rather not talk about. So, I was a little bit worried for the character, and for myself also. I did not imagine a warm reception. So it’s really surprising that people have messaged me and told me how they loved reading my story.

Gaamangwe: I can imagine, and I am happy that it turned out well for you. The narratives and experiences of your character are for sure ones rarely spoken of. What drew you to this character? As well as the experiences they went through?

Munachim: I created this character sometime in 2015, in another story, Circles, which I sent to Brittle Paper and which they rejected. In that story, Circles, Nkemdilim was struggling with his sexuality and faith and was trying to find a balance, and then in that same process, he lost a lovely relationship. After the story was rejected by Brittle Paper, I threw it into the bin, but something happened in December 2016 that made me resurrect Nkem. There was a debate in my class about homosexuality, and it was intense, and people were hissing and sighing and demonising it and calling the blood of Jesus on homosexuals. It was such a sorry sight, such a worrying, pitiable sight. The comments were so insensitive and inhuman. I realized then that I had to go back to this story. I had to tell this story. So, I went back to my room and started typing. I was angry. I wanted to show that this could be anybody really, that this could be any human. I was convinced that whatever Nkemdilim felt was a human feeling, as human as every other emotion we feel as human beings. It was Nkemdilim’s struggles, his internal struggles with a lot of things, that drew me to him. I think, for me, he represented humanity, this constant wrestling with daily life, with love, with success, with affection, with sexuality, with faith, with career, with everything really. I wanted to show that anybody could be struggling with anything and it does not make them less.

Gaamangwe: It’s actually terrifying how deep and comfortable and justified people feel about demonizing homosexuals. To be human is apparently to exists within certain walls and borders, and for those who don’t fit into these walls and borders are sub-human. They do not belong here, and the masses are ready to rage and hurt because we are all suppose to be part of the status quo or at the very least live our lives as if we are. The whole thing created an energy where Nkemdilim’s greatest struggle circled around his own acceptance of his sexuality or negotiating it with the people he encountered along the way. But for Nkemdilim it was not just about sexuality, he seemed to also struggle with his identity. Male or female. What drew you to this?

Munachim: Yes, yes. Nkemdilim was struggling with identity, with his gender. He wasn’t sure if he was male or female. No, he was sure he was male at a certain point in his life according to the societal standards. You know how society dictates how a man should behave and how a woman should behave, and you do not even know who made these rules but find yourself aligning with them. That’s what he did. However, at some point in his life, he was no longer sure whether he could neatly classify himself along those lines of male or female anymore. I think I would describe that period as the time when he stopped caring about who was male and who was female. He just lived and existed as a human. I am really interested in exploring how people break through these walls of identity, defining who they truly are for themselves. With Nkemdilim, I wanted to push against the norm, I wanted to show how gender can be fluid sometimes, and how it can be a continuum along which anyone could assume any position.

Gaamangwe: Our concept of gender and sexuality are simply outdated. There is so much we have to unlearn and relearn about the diverse and valid experiences we all experience within gender and sexuality. But until then, many who don’t fit into the “accepted” concepts of gender and sexuality often sacrifice themselves for the benefit of the people in their lives and society. Many times Nkemdilim either left to pick himself back together or was left, mainly because being gender fluid and homosexuals currently brings with it a lot of constrictions and danger in some places. I felt sad—was his relationships destined to be incomplete and filled with self-sacrifice. I had so many questions for most of the characters. Why did they leave? Why did they go silent? What did their experiences with Nkemdilim mean to them?

Munachim: Why did the characters leave? I honestly did not know at the time I was writing Nkem’s story. I just found that he just could not “hold” anyone. They kept slipping through his fingers. They either left with some piece of him, or it got to a point where Nkem, for the sake of his sanity and wholeness, decided to pack up and leave. I like to think of love as a precious, elusive gem. We find it only to lose it. Sometimes, we fight so hard to keep it from running away, but we still find that it leaves us. Love scares me. It scares the light out of me. I think that in this story, I projected my fears on Nkem, on the people who came into his life. I am wary of intimacy, of different kinds of love, and my default reaction to love is anxiety or flight. I think this is something we share as humans, this desire to grasp love, to capture it, to understand what exactly it is, to own it. But we cannot own love. We cannot cage the love of the people in our lives. We cannot dictate to them how to love us or when to leave. Anything could happen. What is even more fascinating is that the exact same thing that brings so much excitement and warmth leaves us devastated and fractured and hollow. And we keep trying to find those fragments of ourselves in the same people or in other people we meet.

Gaamangwe: That’s an interesting reflection. I wonder now how much does the writer projects their own fears into the characters of the story? How much of the experiences of Nkem where you own subjective perspective? But of course, the writer is always in their story somehow. We are the creators right? But for you as a young writer, how aware are you of your own projections into your own writings?

Oh yes, love is something else. Perhaps because our definition or at-least experience of it often stems for a deep desire of continuity and permanence. We are less distraught over the flickness and impermanence of other things; the seasons, aging, and the evolution of modern society, but when the changes are within love, it’s devastating.

Munachim: I think that it’s quite easy, as a writer, to project your own experiences and worldviews into the characters in your story. This is especially true for me, as a beginning writer. I imagine that it may not be the same for some other writers. When I start writing a story, I usually just write. I do not care about what is in there, whether I project my own perspectives into the story or not. I just write. I think this was the case with Stolen Pieces. I often found myself struggling between my own voice and Nkem’s voice. I found myself wrestling the narrative from him sometimes, telling him what to say or do or think sometimes. But I was patient. I waited until I completed the first draft to see how much of my views I had projected into the story. There were experiences I stole from people around me and threw into the story, stories I had heard back then in school, things I had seen, things I had always wanted to say. By the time I started revising the story for Writivism, I was bent on giving an independent life to Nkem. I needed him to be free. I needed him to breathe. I needed him to have his own voice. So, I started pruning and pruning, deleting and deleting, rewriting and rewriting, until Nkem’s voice emerged. It was the revision process that saved the story for Nkem, that made Nkem’s voice eventually shine through. And looking at the story now, I am happy that I let Nkem live. His experiences and perspectives and struggles are peculiar to him and absolutely are worth telling.

Gaamangwe: I absolutely agree. Thank you Munachim for writing Nkem’s story as you did. We are learning and unlearning with your work! 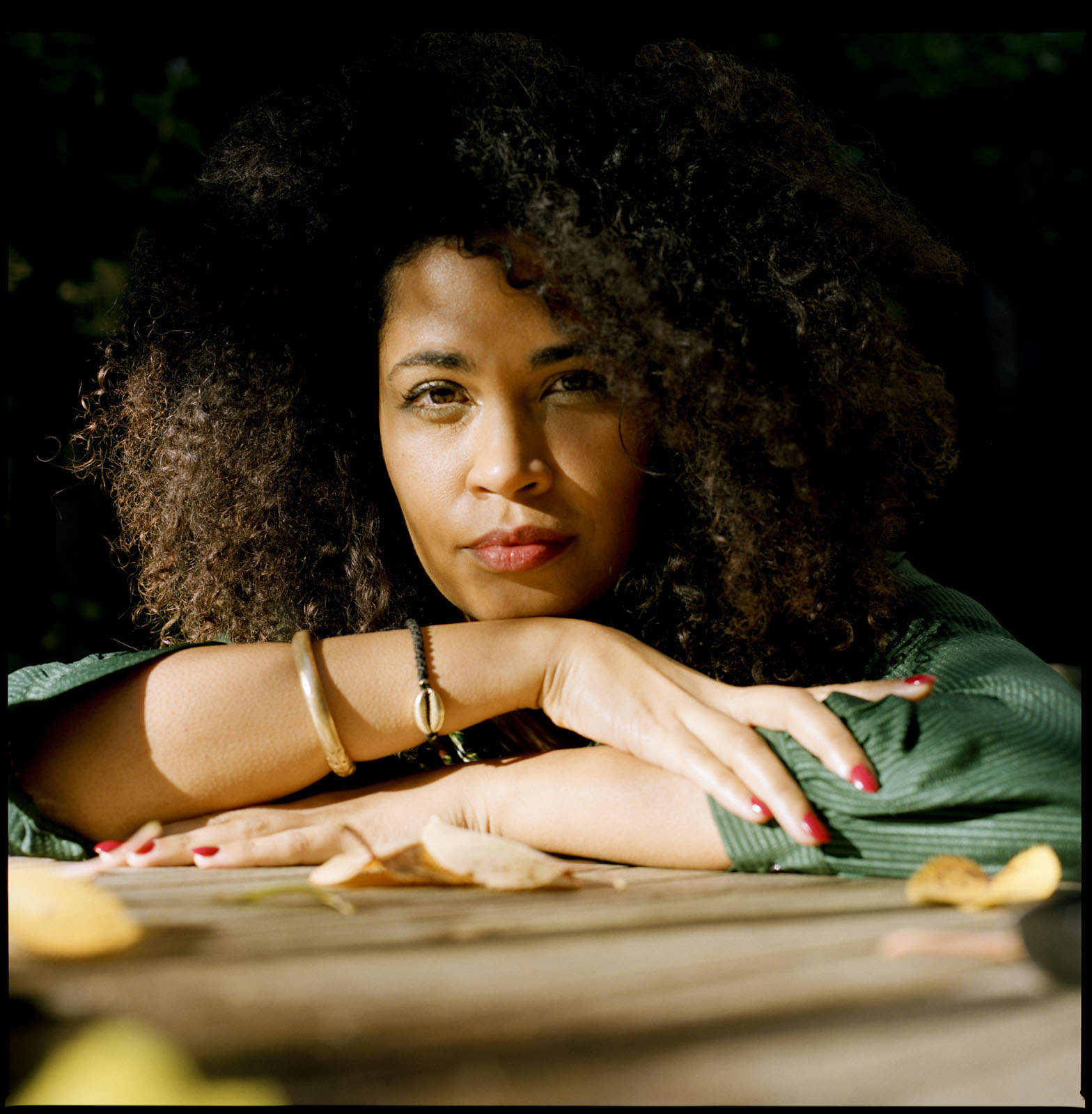 The Unpredictability of the Writing Process: A Dialogue with Desta Haile 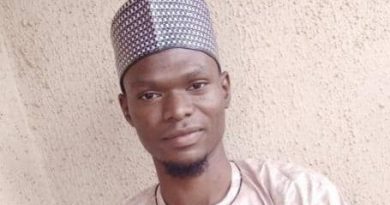 How A Child Tells Violence: A Dialogue with Hussani Abdulrahim