Kayo Chingonyi is a Fellow of the Complete Works programme for diversity and quality in British poetry. He is the author of two pamphlets, Some Bright Elegance (Salt, 2012) and The Colour of James Brown’s Scream (APBF/Akashic, 2016). Kayo has been invited to read from his work around the world and his poems have been translated into Spanish, German and Swedish. He was awarded the 2012 Geoffrey Dearmer Prize and served as Associate Poet at the Institute of Contemporary Arts from Autumn 2015 to Spring 2016. His first full-length collection, Kumukanda, is forthcoming from Chatto & Windus.

This conversation took place in the cold, sweet-spot of Gaborone, Botswana and the cosmopolitan, busy city of London by Skype.

Gaamangwe: Kayo, congratulations on being shortlisted for the Brunel International African Poetry Prize. What does it mean to you to be shortlisted?

Kayo: It’s an honour to be shortlisted. I’m particularly pleased to have made the shortlist in the last year I’m eligible.

Gaamangwe: What influences the narratives you illuminate in your poetry?

Kayo: I think my recent poems have been an attempt to articulate a hybrid sensibility. As an immigrant I am influenced by manifold things. I am bringing a different culture to the UK, and London specifically is mixed up in terms of the cultures that exist. There is an opportunity to be inspired by a range of things. For example, there are lots of cultures that have come together in London and so growing up I was listening to all sorts of music. And that influences my writing because when I started going out, reading and doing open mics, there was a lot of different styles of poetry that I was able to look up to and be influenced by. So as an immigrant, the spaces that I exist in are kind of hybrid, as a result. The poems are a space for those things to come together.

Gaamangwe: Yes, music does come up a lot in your poetry. What does music mean to you, and to the speakers in your poems?

Kayo: I think music is universal. To the extent that you have a hearing audience, then they can get something from a musical expression, whereas a linguistic expression doesn’t always convey information. Even when someone can’t hear a song, there is still vibration and that too can communicate something, and I think there is something powerful about that. In poetry, I don’t aspire to that level of universality or to communicate with as many people as music can, but I think there is something in poetry, which is finding the music in words, and when you are tapping into that music you can communicate something beyond language. I think my work is a continuing fascination with that process of communicating something in language but beyond language at the same time.

Gaamangwe: On being an immigrant, how does this impact or influence your sense of identity, and how does that translates into the work that you put out?

Kayo: I think immigrants are rarely assimilated fully to a place. And as a result there can be a feeling of dislocation from the wider culture, which is useful for writing because you are always an observer. There is a kind of distance that exists from which it is easier to describe things. Also, there is a different perspective that you are bringing which, in London, mixes with an already mixed cultural landscape. It means that some of the experiences outside the mainstream can be written. There is a refreshing take or perspective on the world, as a result of the process of going to a new place and remaking a life there.

Gaamangwe: If we are talking about dislocation and places, you grew up in London and originally come from Zambia. How do you navigate belonging to two places?

Kayo: I think that it’s just a continuous process of improvisation. I think all identity is improvisation; nobody is just one thing at any point in their life. All of us wear different hats in different situations but I think having a different cultures to draw from gives you a different range of hats.

Gaamangwe: What are the speakers in your poetry communicating?

Kayo: I don’t really work on the basis of having something that I want the speakers of the poems to communicate. I try to work on the basis of association, so that whoever is reading or listening to the poem brings something of their own experience to the poem. I don’t even believe it’s so important that what I am trying to communicate always comes across, as long as something is communicated. I mean I have things that I had in mind, but for the people that read or listen to the poems, they may be more intelligent, well-read, and more experienced than I am, and they may bring something to the poems that I didn’t realise was there, and for me that’s the fascinating process. I don’t know…if I want to communicate in that direct way then I would write something that is clearer in terms of communication. Actually I think in the space of poetry, you can communicate with clarity, as well as being more mysterious and by virtue of that mystery, you can access something deeper. In the line of poetry, you might hear or read it but not understand it immediately yet you feel it in some way. But when someone is trying to communicate something to you, in a conversation or speech, you might not understand them or you might not want to, and so the message ends there. A poem can communicate the same ‘message’, in lots of different ways (rhyme, meter etc). There are poems I have known for years in which I am still finding new things.

Gaamangwe: I have always thought that even if you don’t mean to, unconsciously there are some things that seep into a work. Perhaps the objects/subjects of fascination for your psyche. I mean, it’s not like all the time, people seat and say: I am going to write about what it means to belong to two countries. But even without meaning to, it can come up.

Kayo: Yes, the poems are made when the poet doesn’t seem to know what the poems are actually about. But the reader does. A reader might say ‘oh this is the poem about a friend that you  lost, but you have written about walking in the park’. For the poet it might just be a simple poem but for the reader lots of stuff is going on, which is what I think I aim for. More than one layer in the work.

Gaamangwe: Is that influenced by how you perceive yourself? Do you think of yourself in that layered sort of way?

Kayo: Yeah, I think the layered notion of a person is most truthful to me. If I am going to write something that’s honest, it’s going to be multifaceted in that way. So yes, I think that’s what is really behind that. The truest expression of myself is layered.

Gaamangwe: That’s interesting. I think I have been thinking a bit on straightforwardness when thinking about selfhood. I mean yes, all human beings are complex, but a lot of us, we tend to fall into the trap of trying to label our selfhood in some way, and try to navigate the world with those labels. Thank you Kayo, and all the best of luck with Brunel International African Poetry Prize and your poetry.

Women Who Live On The Margin of Society: A Dialogue With Tshepo Jamillah Moyo 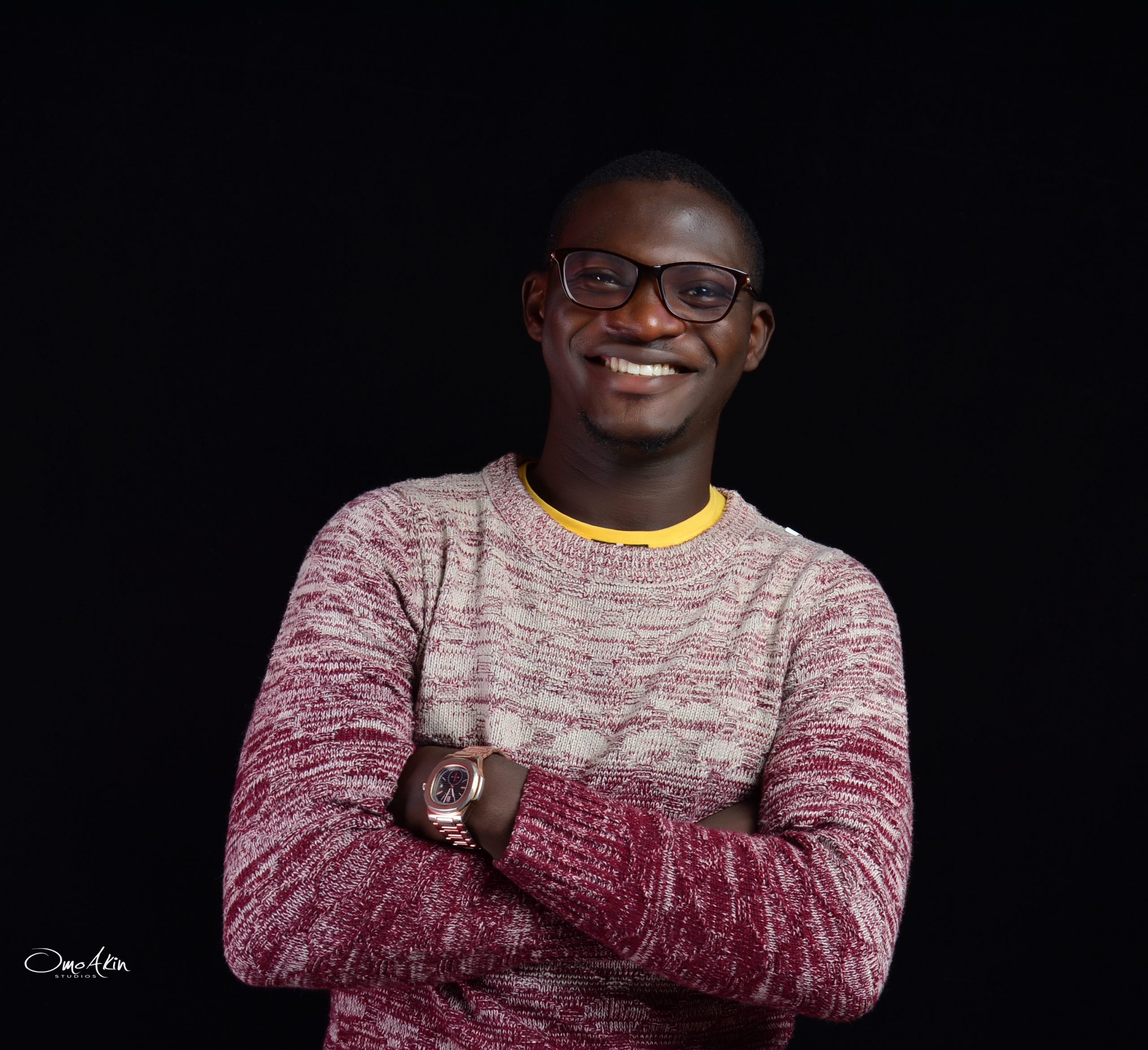 Musicality in the Poetry of Healing: A Dialogue with Adedayo Adeyemi Agarau