Richard Oduor Oduku is a post-cynical humanist, a researcher, and a poet and writer. He studied Biomedical Science and Technology and works as a research consultant in Nairobi, Kenya. He has been published in Jalada Africa, Saraba Magazine, Kwani? Storymoja, This is Africa among others. His story ‘eNGAGEMENT’ published in the JaladaAfrofutures anthology was longlisted for the BSFA Awards 2015. He is also a Nonfiction Editor at Panorama – The Journal for Intelligent Travel. He is a founding member of Jalada Africa and is also a Co-Curator and Festival Coordinator for the Jalada Mobile Literary and Art Festival running in five countries in East Africa.

This conversation took place in the cold, sweetspot of Gaborone, Botswana and the bustling cosmopolitan, city of Nairobi, Kenya by Email.

Gaamangwe: Richard, congratulations for being on the Brunel International African Poetry Prize shortlist. What does it mean to you to be shortlisted?

Richard: It is a good feeling to know that somebody enjoyed what I wrote. Going through hundreds and hundreds of submission to find one or two or three which sparks enough to light one’s fire is a difficult thing, and so I’m grateful for the honor of being named alongside contemporaries shape shifting the landscape of writing within the continent.

Gaamangwe: Your poetry is indeed illuminative. What narratives are you trying to explore with your poetry?

Richard: I speak with many voices. I’m fluid enough to flow into any conversation, and drown into so many floods. It is the curse of the vain. The relentless pursuit of knowing, the chronic insatiability. But I have always been interested in meanings, in the boundaries of things. Where does one thing begin, where does one thing end. What is mixing with what to create what and how?

And to know, I have to hear and see. One can say my poetry, at least now, is an experiment at seeing and hearing, much clearer than I was doing before. I’m trying to absorb so much that is good in the world, in the vain hope of becoming a better self.

I was listening, the other day, a TED talk by Lidia Yuknavitch, and she said something like we have the ability to reinvent ourselves, endlessly. I want myself and my poetry to be solid enough as the roots of a huge ober tree, but I also want the ability to reinvent myself endlessly, and this means that my poetry will probably feature things, places, and people in an endless process of reinvention, of metamorphosis.

Gaamangwe: That’s powerful. What are you reinventing yourself from, and to what?

Richard: That is now a difficult question. I don’t know how to answer that. How much do we know about our own lives? How much of the narrative we have created for our lives is true?

So maybe when I talk of learning to see and hear better, as a way of knowing myself better, as a way of giving myself countless opportunities for reinventing myself endlessly, I know it looks like a process of moving from point A to B, what I mean is that by being acutely self-aware, the process is also the result, the departure is the destination.

What I mean, if I’m to borrow, some words from the movie Waking Life, is that “the idea is to remain in a state of constant departure while always arriving.”

Gaamangwe: So reinvention here, is merely re-encountering the self with a new light or understanding. Nothing is being erased or re-made in a new form. I love that. What are the speakers in your poetry being acutely aware of and arriving to?

Richard: Yes! You’ve said it rather beautifully! The speakers are the many voices I talked about. For some time now I have been intellectually interested in psychogeography, injecting a little playfulness in life and willing to drift, or as Guy Dubord would say, to escape the spectacle of modern life. I think we are living in an age of distraction, and life has become an immense accumulation of spectacles. In this age of inauthenticity we risk passing through life asleep. We’ll become spectators, watching our own lives race by. So in living, as in writing the poems, I have become more interested in what I’m seeing and what I’m hearing when I navigate my existence in different spaces and environments.

So the speakers in the poems are just observing and taking notes. Some of these observations, these notes become poems. Some fall on the wayside like a half-heard conversation when one cuts Nairobi’s streets like a laser beam. Some are memories of a life lived, a life observed elsewhere years ago. Such recollections sometimes demand the privilege to be written, to be preserved between pages as poems. Some are tapped, conversations one wasn’t supposed to be part of but have, with much mischief, become their chronicler. There are many voices. My work is just to be self-aware, to be unclogged enough to allow the rivers of humanity to pass through my processing system.

The poems, including the few that were sent for the prize, came from these many places, bearing many witnesses, conspiracies, and hallucinations.

Gaamangwe: I also think a lot about how geographies influence people. What of my psyche, and my life, is merely a result of the placement and the realities of the places I inhabit. What are your thoughts on how the realities and history of Nairobi and Kenya has influenced your life and your poetry?

Richard: You know I was reading an interview done in the Paris Review. I think it is the Art of Fiction 225 and it features Herta Müller who was awarded the 2009 Nobel Prize. In the interview, she complains that language is so different from life. How is one supposed to fit one into the other? So she says that the first thing one has to do is to take everything apart, that you cut out the reality and then you use language to create something completely different. If one is lucky enough, they may produce something that is much closer to the reality they wanted to capture before artificiality set in. We succeed, in the end, in writing half of what we intended, the other half remains as silence. Silence too, is a form of speaking.

Your question reminds me of that answer Müller gave, that we must embody creation, become the creator. In a way, there are things that wake up history in us. Take for example Nairobi or Kenya. These are places with very complex histories. Sometimes the history you have been taught is not it. Is not the truth. So whatever you meet, whatever history I’m meeting, I have to try and take it apart. There are times when such a process allows me to see what was inscribed beneath, what has been covered by new paint. Most times it is unpleasant. I’m uncomfortable with any kind of history until I have laid it on my surgical table, dissected it and known what is stored in places one cannot see if they don’t cut. I’m cutting open and recreating as I go. My hope is that I find the language each time I see something I should immerse myself in. The reality is that most times I don’t, but I try.

Gaamangwe: Immanuel Kant, the German philosopher, did say that reality exists independent from us. The human mind is translating our experiences as it passes through reality. There is a certain loss of translation too, also because we are perceiving too many stimulus at once, especially now. It creates a certain restlessness. But also, we are passing through new experiences, unique and different from the others, and that demands a different language.

But, do you think language is the only thing making translating life difficult? How else can we fill the gaps that exists in our histories?

Richard: Kant was right. And we are a medium for so many things. We are actively involved in translating the world, and giving meaning to experiences. Language is one of the biggest tools we have to do this job.

I do believe we, and I do not singularly refer to writers or historians, we have a responsibility, in our own individual ways to fill the gaps in our histories. A recent IBM report reported that we are generating 2.5 million terabytes of data per day. In Wikipedia alone, there are more than 5 million articles in the English language. If you add all the 293 languages, we have 40 million articles on so many diverse topics. Over 27 billion words on Wikipedia alone. These are the modern forms of keeping the translated histories, knowledge, memories, and imaginations of the world.

We can decide to be tangible, and ask ourselves: how many of our, I mean African, languages are represented in these expanding repositories of global memory? Very little, if any, of anything existing online today has been captured by our languages. And not only African languages, African people. We need to be more involved in translating the world through our own unique experiences.

There is a project on Languages and Translations that Jalada Africa has been running. The idea was to have one story, from a renowned African voice, and translating it into as many languages as possible. As we speak now, the project has translated Ngugi wa Thiongo’s story, Ituĩka Rĩa Mũrũngarũ: Kana Kĩrĩa Gĩtũmaga Andũ Mathiĩ Marũngiĩ (The Upright Revolution: Or Why Humans Walk Upright), into 63 languages. 47 of these languages are African. Now imagine that we have more than 2500 languages in Africa! Try to imagine how many stories are hidden in these languages.

In essence, I think that to bridge the gaps, we have to be part of the global community of knowledge generators, that way we leave our footprints on the world, even if we pass on. It is the surest way of, ensuring that our histories don’t get lost in translation, of being heard, of bridging the gaps in our histories.

Gaamangwe: The Languages and Translations projects is such an important project. We really need more archiving, more translations, more engagements with our own languages, experiences and histories. But with Jalada Africa, and other literary magazines, and historians and storytellers, we will get there. Thank you Richard, and all the best of luck with Brunel International African Poetry prize and your poetry. 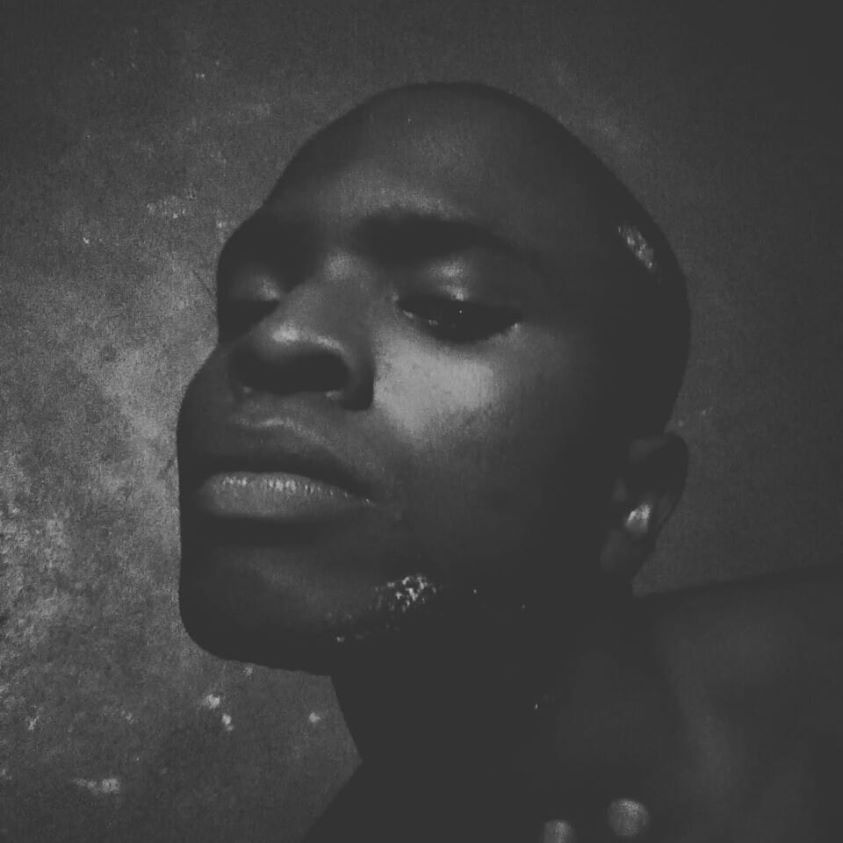 The Poetry of Embodiment: A Dialogue with Kobus Moolman